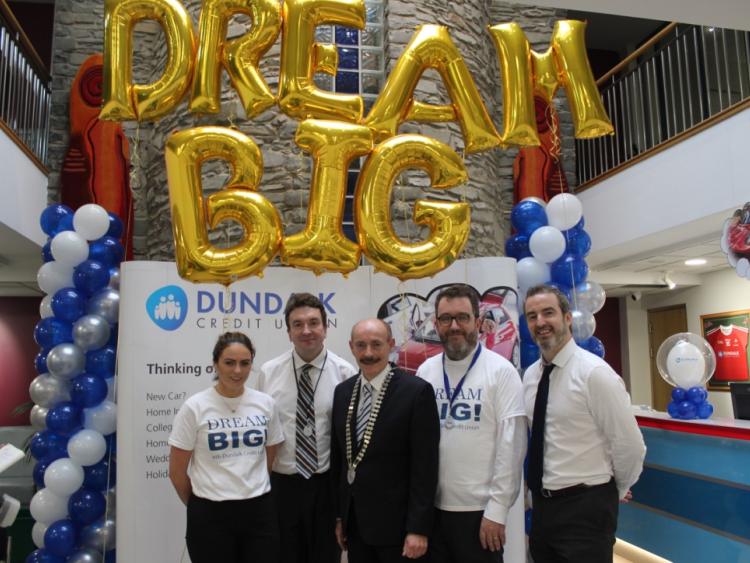 Today Dundalk Credit Union invited members and non-members to join in celebrating International Credit Union Day – a global celebration of the ethos and roots upon which the Credit Union movement is founded.

It has been celebrated globally on the third Thursday of October since 1948 – however, this is the very first year that Dundalk Credit Union has been open on a Thursday, hence the team felt that the opportunity to celebrate could not be missed!

The theme for this year’s International Credit Union day “Dream Big” emphasizes how Credit Unions enable members to achieve their Dreams. It highlights the positive impact Credit Unions have in their communities and around the world. 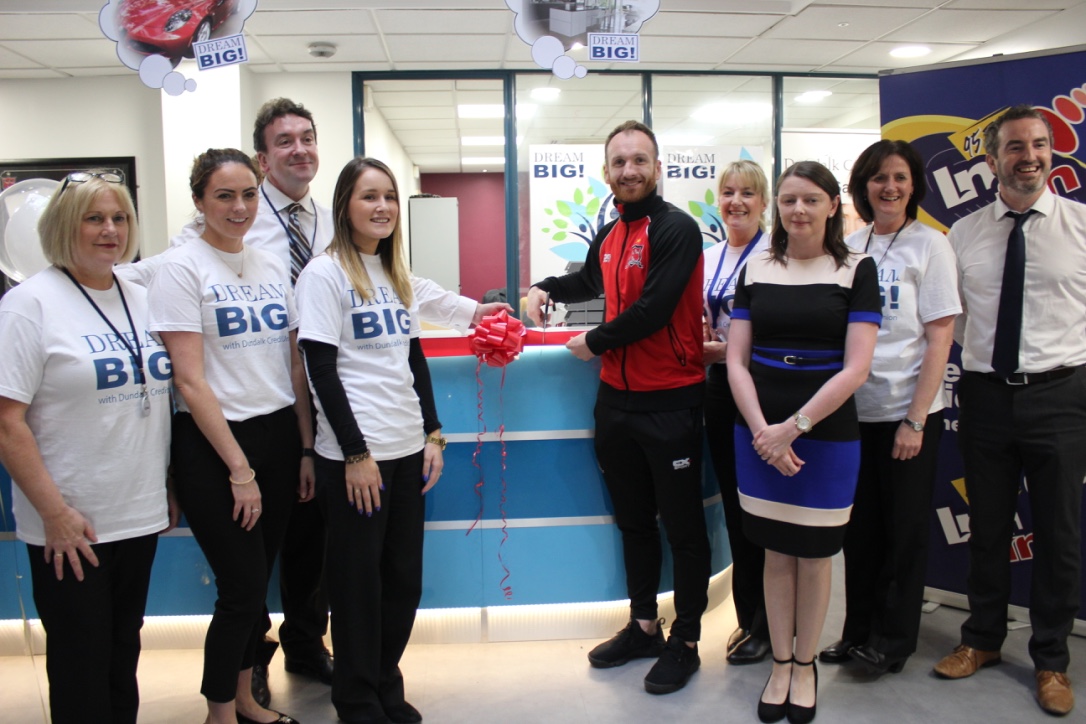 Dundalk Credit Union will shortly celebrate their 50th anniversary, before the celebrations officially begin, they were excited to launch the “Dream Big”Competition inviting members to tell their story as to how a loan from Dundalk Credit Union enabled them to achieve their dreams throughout the years.

These stories may include a photo, video or written story of a family holiday, graduation, home improvements or any dream close to the heart of the member.  They are encouraging all members to be as creative as possible in sharing their dreams whatever they may be. The best entry will receive a prize to the value of €500. 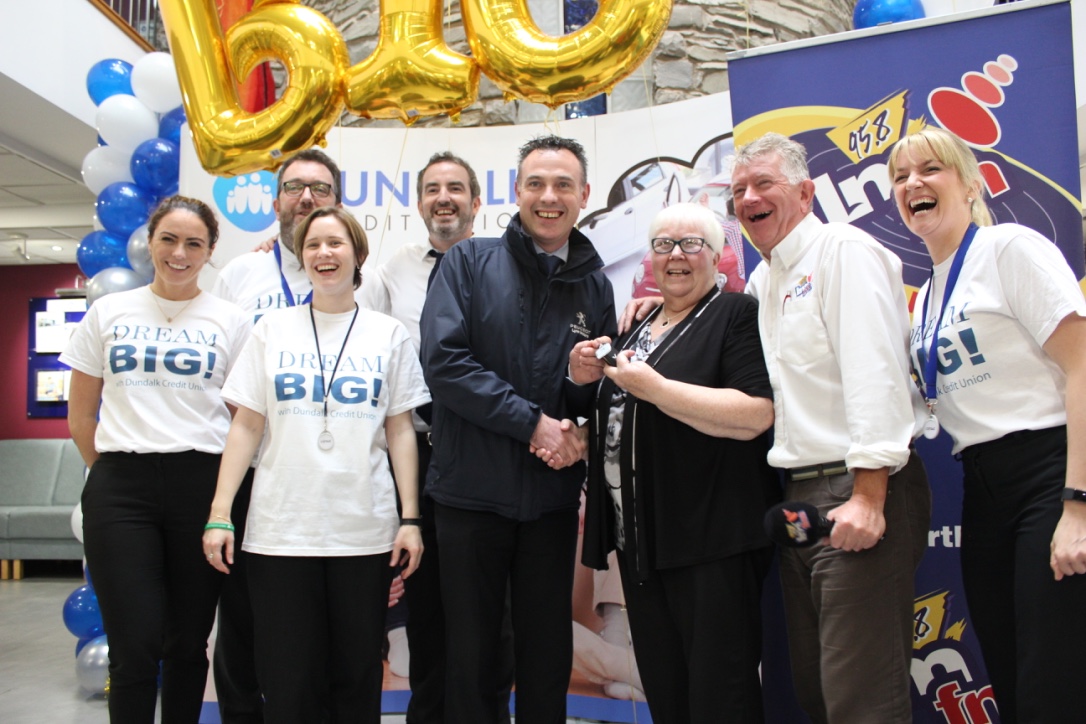 To re-inforce the unparalleled commitment of Dundalk Credit Union to its members, and to the community it serves, a new Members’ Service Counter was officially opened by none other than the Dundalk F.C. captain Stephen O’Donnell. This is a fully-staffed information desk where members and non-members can go with any queries they have.

At a time when financial institutions around the country are reducing staff and services that deal directly and face-to-face with customers, Dundalk Credit Union is keen to demonstrate the importance it places on customer service, and really getting people the answers or guidance they require in a friendly, efficient, and, most importantly, a face-to-face manner.

Speaking at the event, CEO Billy Doyle said “Dundalk Credit Union has been serving the people and community for almost 50 years, and we are committed to providing the services that members need and value.  We pride ourselves on putting members’ needs first, in a friendly, efficient way.

“At Dundalk Credit Union we’ve had a very good financial performance in 2017. We’ve welcomed a significant number of new members this year and have had a considerable increase in loan applications. We’re delighted to report that we’ve approved more than 93% of all loan applications and issued more than €23million in loans this year. We look forward to welcoming existing and new members throughout our 50th anniversary year.”

The day itself seen a large number of members gather together to celebrate all they love about Dundalk Credit Union with many highlighting that they welcomed the ability to interact face to face with the Credit Unions friendly team. The day concluded with great excitement when three members received the surprise of a lifetime when Pat O’Shaughnessy from LMFM announced the winners of the October members Car/Cash draw live on air.