Rosie O'Hare was regarded as a lady 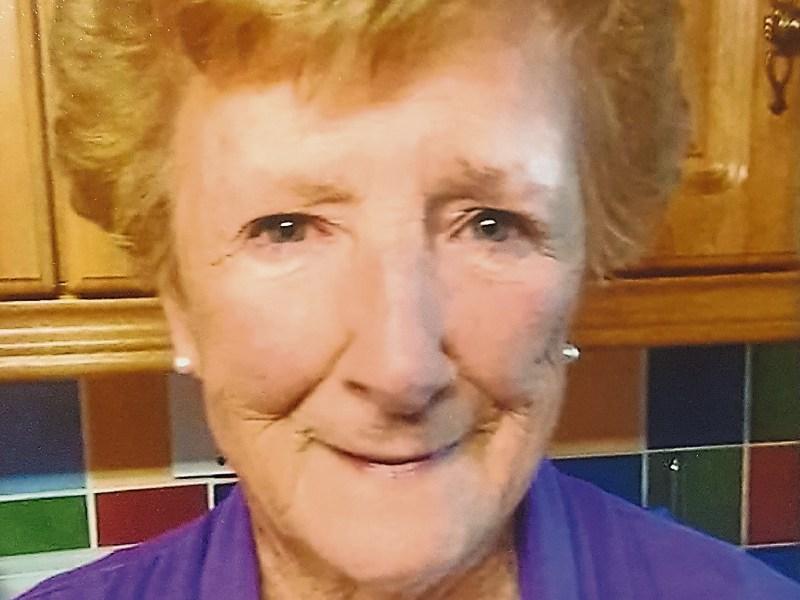 Rose or Rosie as she was affectionately known was born in Bridge House, The Ramparts, Dundalk on 6th June 1930 to parents Carmina and Gertrude Nordone.

The second youngest of 12 children, she attended school in the Convent of Mercy and upon completion of school, Rosie stayed at home with her mother to help in the family home.

Rosie met Patsy O’Hare from Seaview Terrace, Dowdallshill and after a nine year courtship they married in 1957. They moved to Marian Park in 1962 where they raised their six children. Rosie was a proud homemaker and her main priority was looking after and caring for her family.

She was well known for her cooking and baking skills, which consisted of her weekly pot of spaghetti, which her family would gather to enjoy every Thursday. Everybody loved her apple tarts and family and neighbours looked forward to receiving one.

After her family was reared, Rosie loved to travel to visit her daughters in London and New York, often staying for the whole summer. The highlight of her travels was a surprise trip from her daughters to visit Italy including Rome and Casalattico, her father’s birthplace and to see the home he grew up in. She loved showing family and friends photos from her travels. She also loved her garden and could bring most plants back to life and while in the garden she loved to chat with neighbours and passers by.

Rosie never got over the death of the love of her life Patsy, who passed away in March 2016. She also suffered the loss of her younger sister Dominica Wynne (Pinky), six weeks previously.

A quiet, inoffensive woman, who all regarded as a lady, Rosie will be greatly missed by her family, for she was a loving presence in their lives, and an inspirational mother to her six children. Her death leaves a void in all of their lives that never can be filled but her family and friends are consoled by the happy times that they shared together. Her family are grateful for her peaceful death and the loving care she received from her carer Catriona Connor.

Having reposed at her home, Rosie’s remains were taken to the Church of the Holy Redeemer where Requiem Mass was celebrated by Very Rev Paul Montague, Adm., who gave the eulogy, assisted by Father Kevin Cooney (family friend). The high esteem in which Rosie was held was evident in the very large attendance at the Mass and burial.

At the start of the Mass, gifts symbolising Rosie’s life were presented at the altar by her four daughters and son Tony explained each gift. The Readings were given by grandchildren, Amy O’Hare and Aaron Dunlop, while the Prayers of the Faithful were led by grandchildren, Aine McKeown, Olivia and John O’Hare and Rachel Watters. The Offertory Gifts were presented by her niece, Christine Gallagher and close friend and neighbour May McEneaney.

Beautiful music was provided by David Leddy and the soloist was Andrea Delaney. She was laid to rest in St Patricks Cemetery.