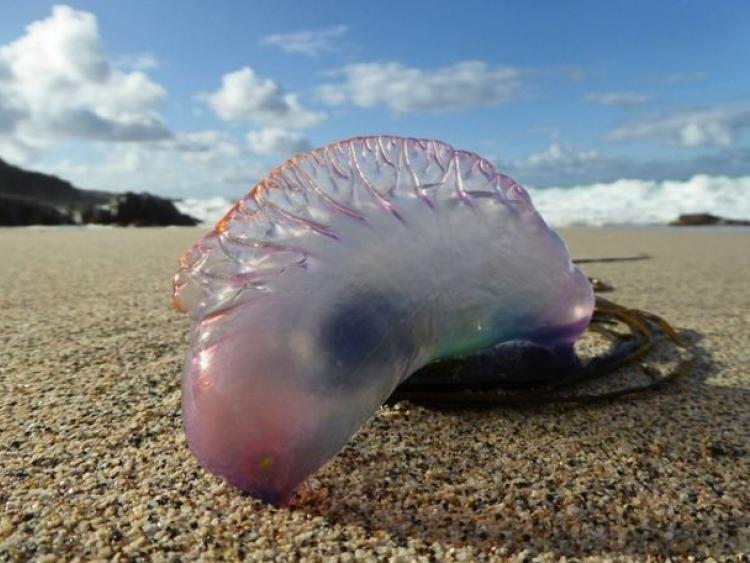 Lethal jellyfish may have been swept towards Louth shoreline

Louth beach and coast walkers are being advised to be aware of the possibility of dangerous Portuguese men o'war jellyfish washing up along the shoreline.

The warning comes in the wake of Storm Ophelia which may have swept the lethal jellyfish from the Azores following its course up to Ireland and the UK earlier this week.

Zoologist Dr Tom Doyle from NUI Galway made the appeal to surfers, swimmers, shore walkers and fish farmers following on from a public safety warning being issued in the UK after several reported sightings of the jellyfish.

Even after the jellyfish have died they should not be touched as the sting can remain active for days afterwards.

Dr Doyle has asked for any sighting to be recorded using the National Biodiversity Data Centre.