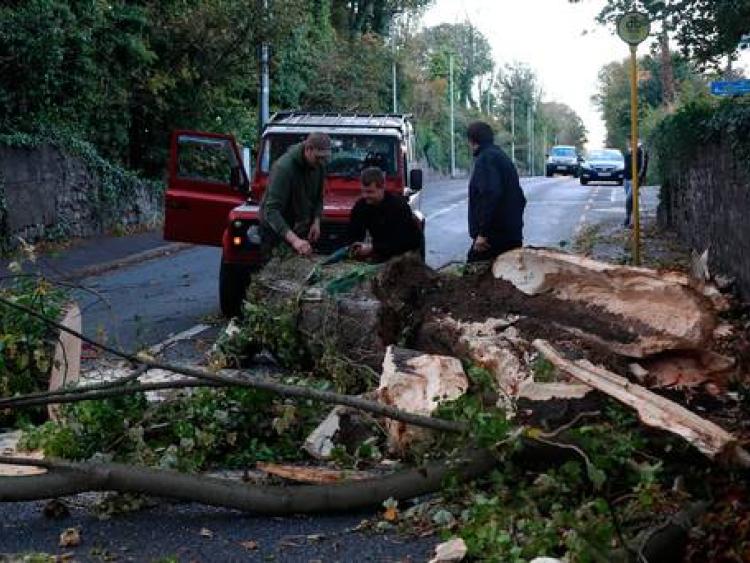 Early estimates have put the cost of damage from Storm Ophelia in the €500m-€1bn range, with the disruption caused by the storm also likely to have cost hundreds of millions of euro.

But it is too early to say whether insurance premiums will rise after claims made on the back of Storm Ophelia, Insurance Ireland has said.

Insurance Ireland's chief executive Kevin Thompson said it was too early to predict whether consumers could expect a rise in insurance premiums after the cost of the storm is counted.

Mr Thompson noted that the industry had been able to cope with losses in the past and would be able to do so in the future.

He also said that "there is no blacklisting in relation to insured events".

"We won't know for a couple of weeks yet in terms of what the actual insured losses will be, until the claims start coming through," Mr Thompson said.

"The industry has a good track record in being able to pay claims and sustain such losses," he added.

The Insurance Ireland CEO also said that individuals and businesses are encouraged to hold onto receipts relating to any temporary repairs they may have conducted in the coming days as many insurers will also cover these costs as part of a claim.

Meanwhile, shares in the country's only listed insurance company FBD Holdings were down 0.3% this morning after falling over 4% at one stage yesterday.

FBD chief executive Fiona Muldoon said that while it is too soon to give an estimate of the ultimate net cost of yesterday's storm, given its severity, she is sure that a number of its customers will be affected.

Davy stockbrokers noted that a series of windstorms culminating in Storm Darwin cost FBD €15.2m net of reinsurance in 2014 as its single event cover of €5m was required for multiple events.

But Davy said that the group's new reinsurance arrangements should afford increased protection, particularly as Storm Ophelia was expected to be a single event.

Dublin Chamber also said it was too early to quantify the cost of the city virtually closing down yesterday.

Retailers nationwide - including Dunnes, Tesco, Aldi and Lidl and many SuperValu stores - were closed for much of the day yesterday.

Banks also closed all of their branches around the country for the day.