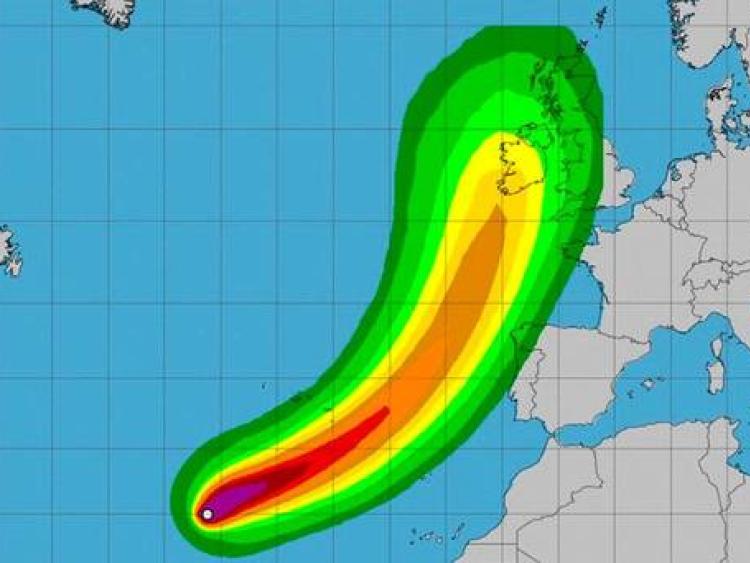 Social media weather service 'Louth Weather' has stated in its most recent update this evening that it would "not be surprised if red status warnings are issued for our area".
In an update at 7.30pm, Louth Weather spoke about the move eastward of the predicted path of Ophelia and its potential impact on Louth.
"You will recall me saying over the past three days that there's been a slow drift east in the track forecasts. Unfortunately the latest spaghetti model is showing the storm even further east.
"This means we've even less chance now of avoiding it. It also means we are closer to the severe winds near the storm centre. On the other hand the storm will cross over more land than previously expected and will weaken more.
"What does all this mean? Overall (and I don't want to scare people) it makes our already bad situation even worse. I'm expecting gusts of 115mph mid to late afternoon Monday.
"I would not be surprised if red warnings are issued for our area .. I said last night it must be a close call and it's closer now."