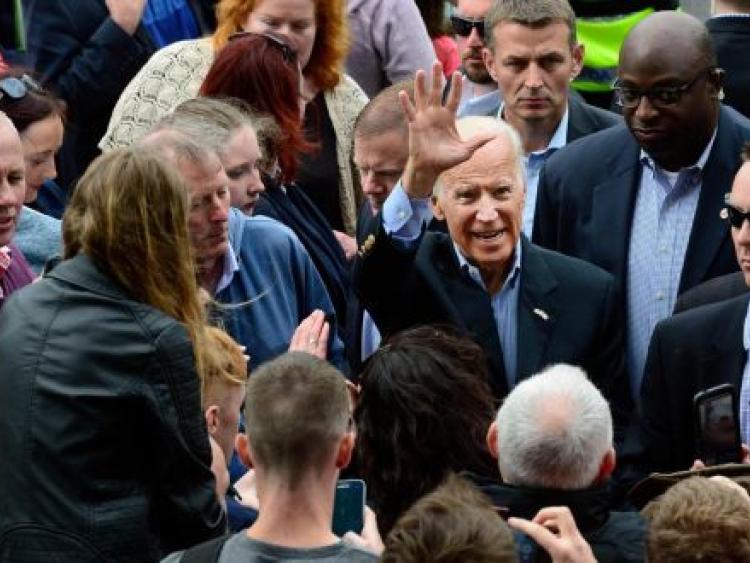 During his 2016 visit to Ireland, the then vice president and proud Irish American Joe Biden praised the true Irish welcome he experienced and lauded the lessons he learned from his heritage.

Biden’s great-grandfather, James Finnegan, emigrated from County Louth as a child in 1850. All eight of his great-great-grandparents on his mother’s side was born in Ireland during, the first half of the 19th century.

On his father’s side, two great-grandparents were also born in Ireland. Essentially that makes him five-eighths Irish.

What’s clear is that his visit to Ireland, his ancestral home clearly touched the former vice president of the United States.

In a letter the former vice president wrote in line with his visit, he reflects on why coming back to Ireland was so personally meaningful:

“Going back to Ireland – the country from which my ancestors hailed, and a country whose independence the Easter Rising set in motion, 100 years ago, was extremely special.

“It was my first dedicated trip to this nation as Vice President – during which I met with the country’s leaders, discussed issues of trade, economic recovery, migration and refugee policy, and other national security challenges, and celebrate our shared heritage. Our shared values of tolerance. Diversity. Inclusiveness.

“Over the course of my life, I’ve been a lot of places. I’ve traveled all around the world – more than a million miles on Air Force Two alone. I’ve been honored to have held a lot of titles. But I have always been and will always be the son of Kitty Finnegan.

"The grandson of Geraldine Finnegan from St. Paul’s Parish in Scranton; a proud descendant of the Finnegans of Ireland’s County Louth. The great-grandson of a man named Edward Francis Blewitt, whose roots stem from Ballina, a small town in Ireland’s County Mayo – sister city to my hometown in Scranton, Pennsylvania. An engineer with a poet’s heart. Months after my mother passed away, I found an old box of his poems in my attic.

“And that is America: This notion that home is where your character is etched. As Americans, we all hail from many homes. Somewhere along the line, someone in our lineage arrived on our shores, filled with hope. We are blessed to experience that simultaneous pride in where we’ve found ourselves, while never forgetting our roots.

“James Joyce wrote, “When I die, Dublin will be written on my heart.”