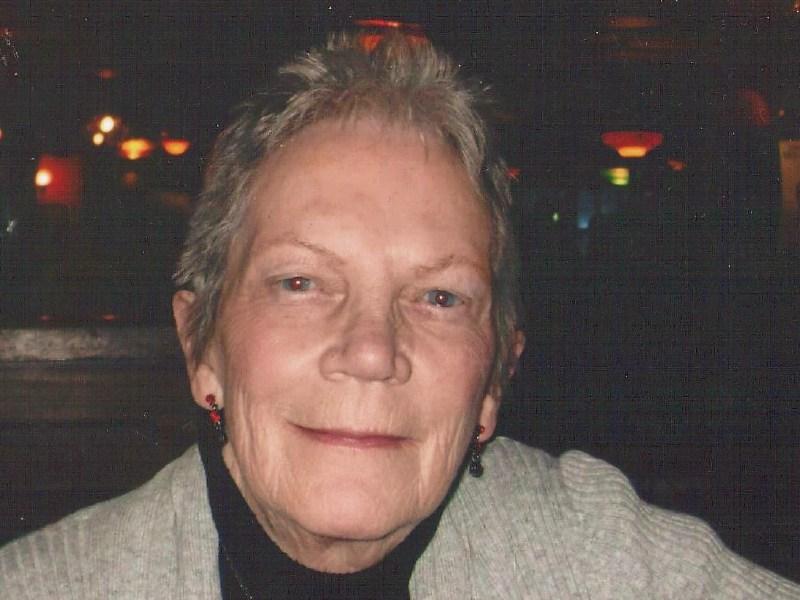 Rosaleen Mc Garrigle who died peacefully at her home at 51 Drive One , Muirhevnamor was one of the first residents to move into the estate and resided there for the last 42 years.

She was a lady whose family and when they came along her grandchildren and then grandsons were the focal point of her life, and her religion was a mainstay being a daily Mass goer until she was no longer able to attend.

Known affectionately by family and friends as Rosh, she hailed from the town’s Quay side. She was the youngest of five children, comprising two sisters and two brothers. Her parents Patrick and Maryanne McCourt resided at Brown’s Row when she was born, and when she was two they moved the short distance to Saint Joseph’s Park where Rosh grew up and attended the Convent School in Mill Street. Like most in those days she went to work as a young teenager, gaining like many employment in the then thriving local shoe industry in the nearby Rawson’s factory.

She worked there until she married in 1959. She met husband Paddy who was from Belfast when he was on holidays in Blackrock. They moved to England where their first child, Helen was born, but after a year returned to Ireland to Paddy’s native city. They stayed in Belfast until 1970, completing their family, with the arrival of son, Colin in 1965 and Siobhan the next year.

Paddy who was an electrician obtained a job with the well known local electrical firm of Evan Henry, and the family moved back to Rosh’s roots in the Quay area in Dundalk to live for a while. Then when the estate opened they were among the first occupants who moved into Drive One in 1975. Rosh was quiet by nature, but enjoyed family gatherings and craic. She made close friends in the area and had good neighbours. She in turn was a good neighbour. When her family had reached the stage they were not just as reliant on her, Rosh returned to work as a machinist in the shoe industry in the American owned Weyenberg factory on Coe’s Road. She was an employee there from 1976 to 1982.

She was an accomplished housewife and cooks whose gorgeous Sunday dinners were to die for. She also enjoyed knitting. Her hobbies included gardening. She enjoyed reading and was fond of thriller and detective books, and was an avid reader of newspapers with her thirst for knowledge of current affairs. She also liked music and loved travel, and in the latter years travelled extensively on holiday and weekend breaks. Any trip there was going she was delighted to pack her bags and go. She went off to visit son, Colin in America and liked sun holidays, and short breaks, going to visits places like Poland, Prague and Budapest.

She willingly availed of trips to go away with her sister, and organised by the local Lions Club for the elderly. Her main preoccupation however, was her family, and took great delight in her grandchildren when they entered her life, and then her two great-grandsons. She took a great interest in what they were doing and was very proud of them.

She was predeceased by husband, Paddy in 2006, along with her brothers, Paddy and Clem and sister, Maureen.

Her passing is deeply regretted by her family, son, Colin, daughters, Helen and Siobhan, all Dundalk sister, Peggy McGailey, Boyle O’Reilly Terrace, son-in-law, Sean, grandchildren, Sarah, Aishling, Paul and Claire, great-grandsons Robert and Nathan, nephews, nieces, extended family, relatives, neighbours and friends. She reposed at her home on the Tuesday and Wednesday and the next day her remains were removed to ​ The Church of The Holy Family. Her funeral Mass was celebrated by Father Frank Corry SM who delivered the eulogy.

The Readings were given by nieces, Maureen McNulty and Joanne Molloy, while the Prayers of the Faithful were led by nieces, Mary Mulhearn and Ursula Bellew, nephew, Owen McGailey and grandson, Paul Matthews. The Offertory gifts were presented by cousins, Margaret and Charlie Molloy. The beautiful music was provided by Olivia Finnegan and Roisin Crawley. Burial took place in Saint Patrick’s cemetery, Dowdallshill.

Rosaleen’s Month’s Mind Mass is on Sunday, October 8 in the Church of the Holy Family at 11am.