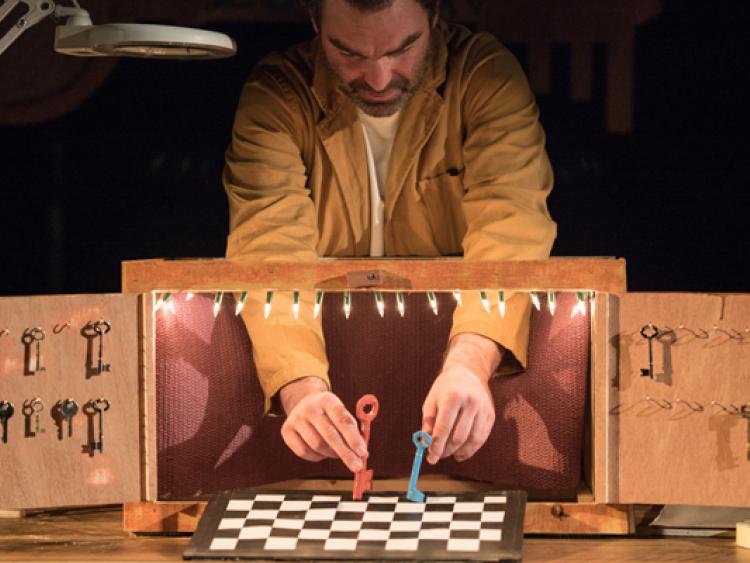 EVENTS GUIDE: An Tain Arts Centre in Dundalk this October

There's an action-packed month of events in An Tain Arts Centre in Dundalk this October, with something for almost everyone:

Neil McArdle
A photographic and visual media exhibition showcasing images and stories of migrants who now call Dundalk their home. Neil Mc Ardle is coordinator of the ‘Fáilte Isteach’ group in Dundalk – local volunteers working to bridge the gap of inter-cultural divisions through mutual storytelling. 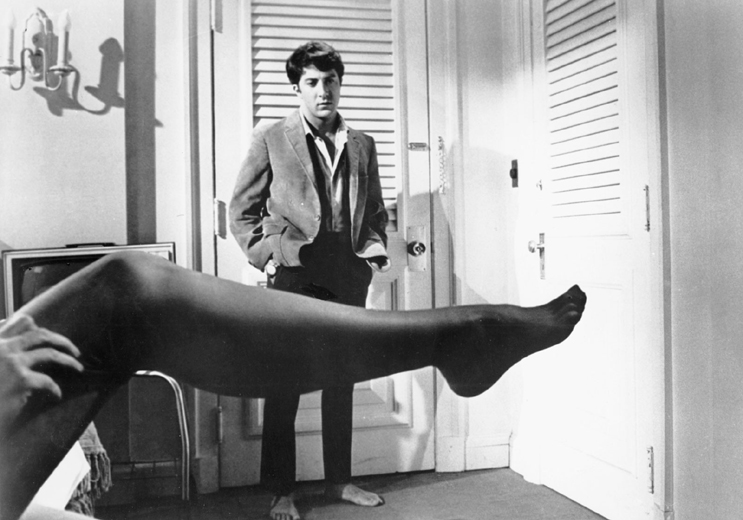 Access Cinema | Mike Nicholas, USA, 1967, 105mins, Cert: 15
Benjamin Braddock, a confused college graduate, is pulled in myriad directions by family, friends, and associates just days after receiving his degree. Seduced by Mrs. Robinson, an older friend of the family, Ben carries on an affair with the married woman even as he falls for her daughter, Elaine. A satirical coming-of-age comedy that became an emotional touchstone for an entire generation. Starring: Anne Bancroft, Dustin Hoffman, Katharine Ross, William Daniels, Murray Hamilton, Elizabeth Wilson. 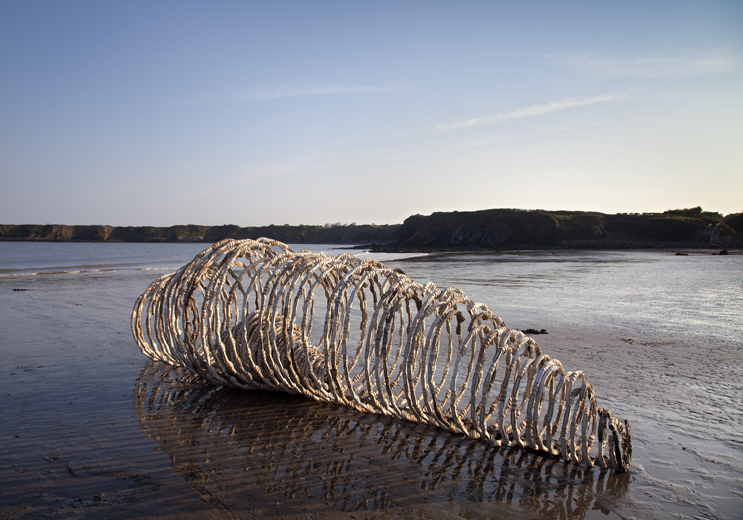 A parallel exhibition of work by Creative Spark print studio members will run adjacent to the exhibition.

Bill Snibson, a Lambert costermonger, is revealed to be the new Earl of Hareford and his newly discovered aristocratic relations are horrified. Bringing him to Hareford Hall, they attempt to educate Bill into the ways of the gentry and to separate him from his cockney girlfriend Sally. The result? Chaos of the most comical kind! With a host of hilarious characters, witty one-liners, and several toe-tapping and uplifting songs, including the famous Lambert Walk, The Sun Has Got His Hat On and Leaning On A Lamppost, Me and My Girl is a sublime and sunny treat for all fans of musical comedy. 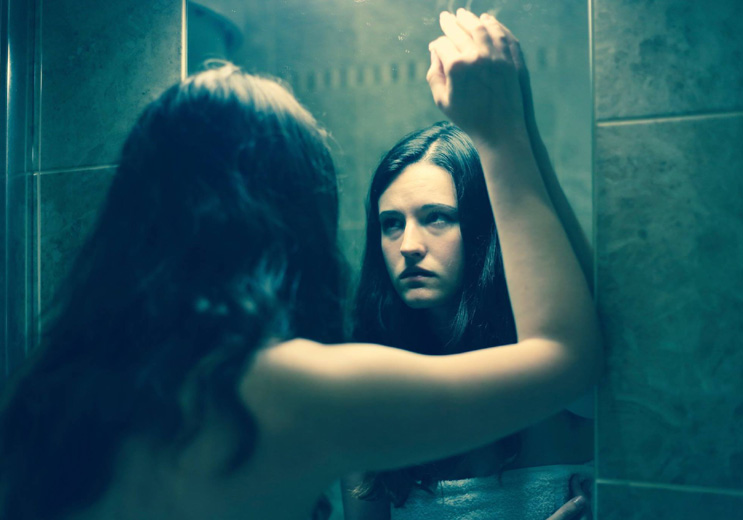 Quintessence Theatre Company
I remember what is was like. Being like everyone else. Whole. Complete. Unshattered, unbroken. Normal. But things change. Now I’m falling between the cracks in myself, and I don’t know how to crawl back out…
A powerful piece of devised theatre from An Táin Arts Centre’s company-in-residence exploring the issue of mental illness in Ireland. Cracks premiered in October 2016 and is back for a third run due to popular demand.

Eoin Lynch
Set in the dusty world of an old locksmith’s shop, this tale quickly bursts into action and adventure. The audience are brought on a challenging and rewarding journey, in which our hero, Tom Losluv, struggles to deal with his mother’s illness. A boy tricks death and locks it in a box. He battles with a ferocious monster who has fought great armies of the world and lived to tell the tale. This is a story that tells of a love and bond that cannot be broken, that of a mother and her son. Performed by one of Ireland’s most experienced performers for young audiences, this highly visual production mixes puppetry and object manipulation with dynamic physical theatre. Suitable for ages seven years plus.

Family Package! Book The Locksmith's Song 21st Oct and Jackula 30th Oct together and get both shows for €50! (For family of four)

Dundalk Theatre Workshop
David Mamet’s Oval Office satire depicts one day in the life of a beleaguered American commander-in-chief. It’s November in a Presidential election year, and incumbent Charles Smith’s chances for re-election are looking grim. Approval ratings are down, his money’s running out, and nuclear war might be imminent. Though his staff has thrown in the towel and his wife has begun to prepare for her post-White House life, Chuck isn’t ready to give up just yet. With Mamet’s characteristic no-holds-barred style, November is a scathingly hilarious take on the state of America today and the lengths to which people will go to win.

Brilliant Promotions
Being a vampire sucks, but being Dracula’s younger brother is driving Jackula batty. Join Jackula on a spooktacular quest to step out of his older brother’s shadow and become the world’s most magical vampire. Laugh as Jackula makes his pet ghost dance. Gasp as Jackula balances five glasses of water on his face. Smile as children help him perform fun magic tricks. After the show Jackula invites everyone to stay, perform a trick and receive a treat. This is fun magic for the whole family and perfect for Halloween. Jackula has performed at the White House, toured America and Canada, appeared on RTÉ, NBC and CBS television. Suitable for ages 4 years plus.

Family Package! Book The Locksmith's Song 21st Oct and Jackula 30th Oct together and get both shows for €50! (For family of four)

Access Cinema | Tom Ryan, Ireland, UK, 2017, 81mins, Cert: 16
Twice Shy is a coming of age story about a young, unmarried couple who embark on a road trip from Ireland to London as the result of an unplanned pregnancy. While on the road, they reflect on their relationship and find themselves facing life changing decisions. Will these choices bring them closer together or ultimately drive them apart? Starring: Shane Murray-Corcoran, Iseult Casey, Ardal O’Hanlon, Pat Shortt

Super Saturday Family Hangout!
9th September, Saturday from 10am – 3pm
Take an hour out of the weekend routine and relax with your family at our weekly Family Hangout. Visit the latest exhibition in the Basement Gallery, enjoy a complimentary tea, coffee or juice, browse the papers and have fun exploring our creative toy box and art cart full of puzzles, colouring activities and games.
Keep an eye on our Facebook page for upcoming crafts and activities!