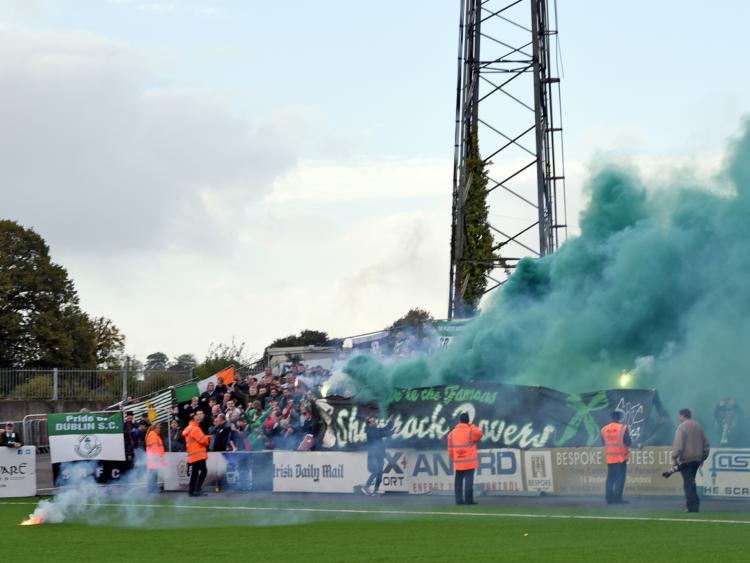 LETTER: 'The Dundalk fans are not entirely blameless'

In a letter sent to The Democrat, the topic of Sunday's semi final between Dundalk FC and Shamrock Rovers and the incidents that occurred inside and outside of Oriel Park come up for discussion.

I note there was no mention of Dundalk fans in the stand throwing coins at Rovers fans - among them women and children.

Please endeavour to report all incidents rather than one side of the story. I've been to Oriel Park many times and the home fans are not entirely blameless.

FAI should have ensured all fans were searched thoroughly on approach to the ground. It seems the media are only interested in reporting incidents at Shamrock Rovers matches. There was not one report mentioning seats wrecked in Tallaght Stadium when Dundalk played their European matches there last season.

Rovers fans are not the only ones to use flares at matches but you never hear about other clubs fans doing likewise e.g Cork, Pat's and Dundalk. Whilst I don't condone the throwing of a flare onto the pitch I believe the stewards may have done more harm than good by not kicking it off the pitch instead of stamping on it.

Also when I underwent steward training we were always told to have the bucket of sand at the ready.

Anyway SRFC will no doubt be fined again when they have taken measures at Tallaght to ensure fans are aware of the implications of any further incidents.