Dundalk IT staff and students demonstrate against continued underfunding 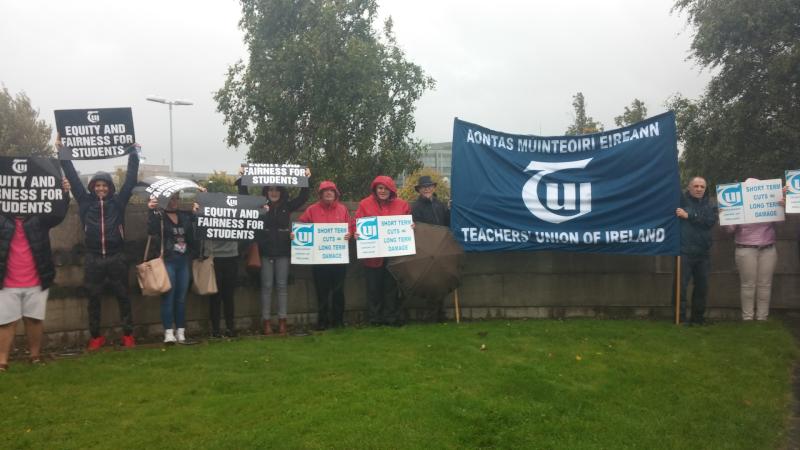 Dundalk IT staff and students demonstrate against continued underfunding

Lecturers and students stood side by side at DkIT on Wednesday as Institutes of Technology throughout staged national demonstrations.

The action is part of a campaign organised by the Teachers’ Union of Ireland (TUI) and supported by the Union of Students in Ireland (USI) to highlight the crisis in Higher Education brought about by government cuts.

Since 2008 government funding to DkIT has been cut by 36%, while student numbers have risen by 32%.

Addressing the demonstration Dundalk IT TUI Chair Kenneth Sloane stated: “Institutes of Technology were created in recognition that access to Higher Education had historically been largely restricted to a privileged elite.

“Since their creation, by providing access to a high quality and affordable higher education service throughout all regions of the country, Institutes of Technology have been an engine for wealth creation, opportunity and social equality.

“However all this is being jeopardized by the underfunding of the sector. This crisis is a direct result of years of government cuts. The purpose of this campaign is to make adequate funding of IoTs a priority in the political arena. The solution to this crisis lies with local politicians and the Minister for Education.”