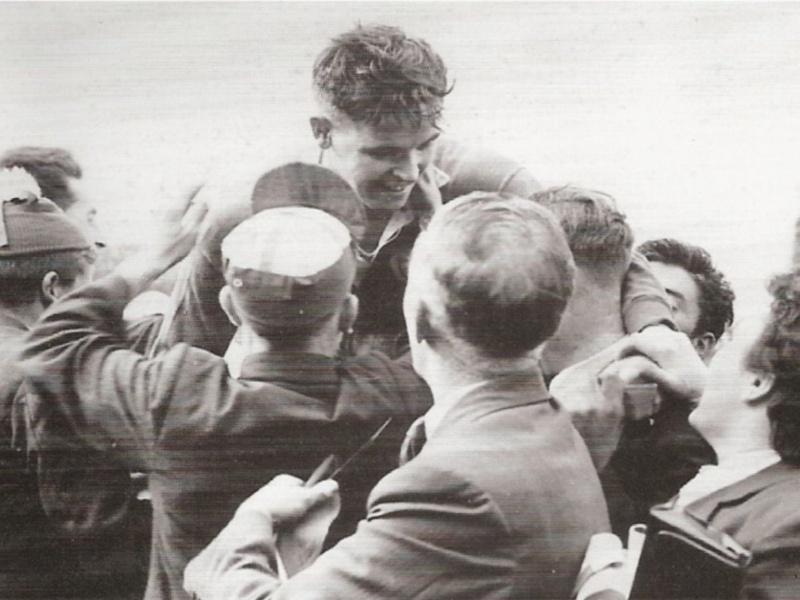 A moment is described in the Oxford English Dictionary as 'a brief period in time', but it does not give the exact length of that period. However, I have heard it recently described on that iconic T.V. programme 'I.Q.' as being 'about ninety seconds', a minute and a half. Now that seems reasonable enough to me but it does not take into account all the human emotions than can be crammed into what we consider 'a moment'!

To me it seems that 'a moment' can be any length of measured time that marks a turning point in a lifetime and keeps coming back in the memory as a happy and fulfilling period. Now that definition fits into the origins of the word which comes from the Latin 'movimentum' which means to 'move forward'. It is strange how various period of time keep coming back in memories and make one wish that they could be back there, if only for a brief period of time. I suppose this is the basis of all the ideas about possible time travel and, maybe, even of existence itself! We know it cannot happen but, somehow, our mind can take us back there and, at times, play tricks on our memories of that precise time!

All this came to me recently when I realised that it is exactly sixty years since Louth last won the All-Ireland Senior Football Final. It was triggered by a friend telling me that they had met a man who claimed to be the person who carried the Sam Maguire trophy down Park Street to the celebration at The Square on the evening after the great victory in Croke Park. He told me who that person was but I cannot remember whom it was, maybe that person will reveal himself on Facebook or other social media. I can, however, testify to the fact that the Cup was carried through Earl Street by just one person. There is a famous photograph, which I hope still remains in Democrat archives, which was taken by my late brother Paul from a first floor window of the old offices, which shows the Cup being held aloft as it passed by the Democrat on that Monday evening in mid-September 1957. The big question which I cannot answer is 'Where was the team?' When asked I had thought they were in the crowd but I do not see them in the photograph. Maybe some of my readers will known what exactly happened on the glorious evening?

It did not strike me as anything unusual at the time but now I realise that it was a 'moment' that can never be repeated. Why? Because these days any such procession would never by so spontaneous. Now there would be guards around the special trophy and it probably would only be allowed to be carried by a previously designated person or persons. But then, those were simpler times and nobody expected any to try to steal the trophy!

Another thing that is noteworthy about the photograph is that spread of ages represented in the picture. At the front is an old man who would have long since passed away, while in the very centre of the crowd is a woman holding a infant that was probably born just that year!

What I do remember about that time was that everybody in Dundalk was united in their joy, something that had never happened previously and may never happen again. If the truth be told, Dundalk was always a 'divided community' and difference ran very deep but on that one special occasion, as far as I was aware, those old divisions were put aside.

You might think I am exaggerating but just last week I met a man of my own age who had played in goals for Louth on that winning All-Ireland team, Sean Óg Flood, and he seemed a little surprised that I knew anything at all about Gaelic football. That was because I was known for being a reporter of soccer football for most of my life and he assumed that I had never attended any Gaelic games. He confided in me that there had been people on Dundalk who would not speak to him because of the great sporting divide that had existed at the time. Sadly, he also told me that there were only seven of the original squad of team and subs of the team that had played at Croke Park on that Sunday afternoon in September 1957. Happily, however, all the old differences between the two great local sporting organisations seems to have passed away and those old warriors can rest in peace!

I was delighted to meet Sean again after all those years and happy to inform him that, while I may have worked at Oriel Park in a professional capacity, I loved to attend the big Gaelic games for pleasure and was as thrilled as everybody else by Louth's victory on that day! Of course, I was of no use at team games and was always the last to be picked in the school yard for any teams that were being arranged. However, I had one secret which I did not reveal to Sean nor to many others. That was that the only position I was of any use was in goals and liked to be selected for that position. Accordingly, Sean was one of my great heroes of the day!

That the concept of winning the Sam Maguire in 1957 was a special moment in Dundalk's history is revealed in the book 'Dealga's History' which was produced in 1989 by the Combined Tenants' and Residents' Association to celebrate the Heritage Year of 1989. In it the anonymous author writes ---

'Dundalk was always known for its sporting achievements and during this time not only did County Louth win the All-Ireland but Dundalk also won the F.A.I. Cup. The Town was awash with the red and white of the “Wee County” in September 1957 when the coveted All-Ireland Title was taken back to the County. Louth confounded the critics when they scored a two point victory over Cork (1 - 9 to 1 – 7).

A rare time for 'coming together' and those were Happy Moments indeed! Over the past sixty years all County Louth people have longed for the Sam Maguire to come back to the Wee County. That has never happened but, you knows, another generation may well achieve the seemly impossible task of winning a fourth All-Ireland for the County!