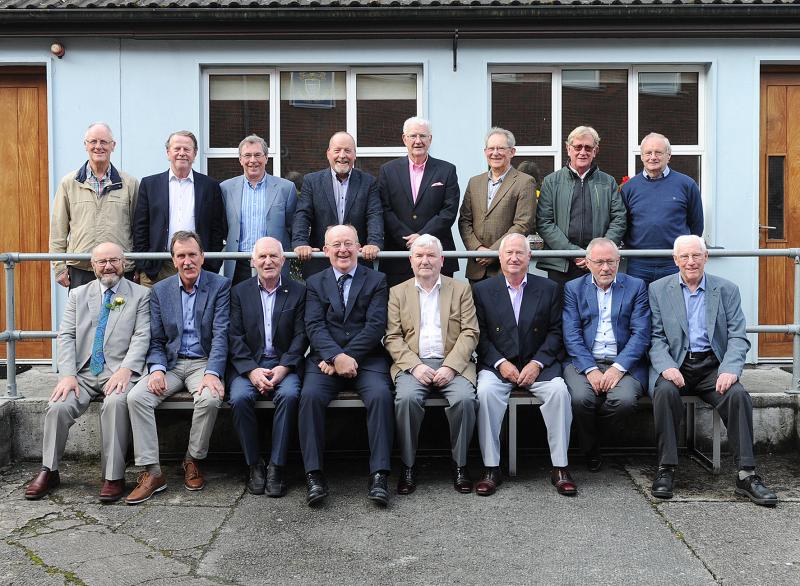 A nostalgic trip down 'memory lane' took place last Friday at Colaiste Ris when past pupils from the Leaving Certificate Class of 1967 re-visited the School- then known as The Christian Brothers Secondary School.

Organised by Frank McArdle, Oliver Nixon and Teddy Connolly, past pupils travelled from various parts to attend.
Padraic Hamill, the current principal, took the group on a tour around  the school pointing out the various new buildings and the improvements made over the years.

For most of the group this was their first time back since they walked out the gates 50 years ago. The group visited the new building housing the state of the art canteen where tea and cakes were served. The group saw the newly refurbished science laboratories and the beautifully restored boardroom in the Monastery part of the building.

This was the original dining room for The Christian Brothers.

They also inspected all the  photos on the walls of groups, football teams and outings.

Finally, a tree was  planted in the Garden beside Chapel St to mark the visit of the Class of 1967, courtesy of the School. All adjourned to a local restaurant where dinner and drinks were served and reminiscing went on late into the night.