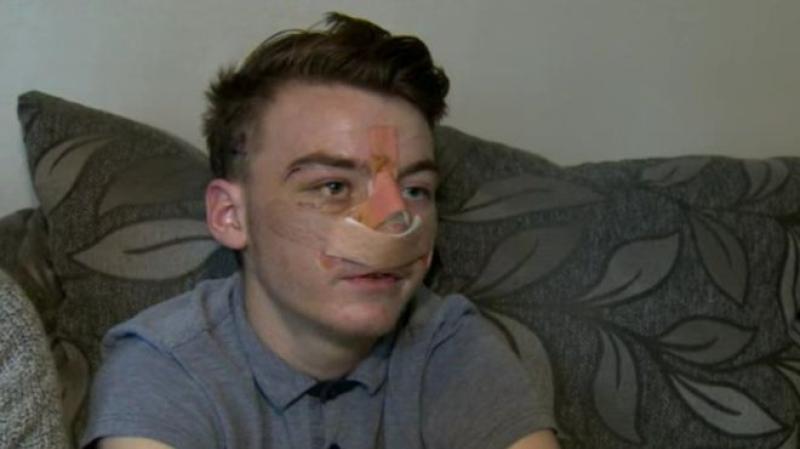 The Dundalk teenager who was assaulted following a concert in Belfast last month has made an appeal for a bus driver who may have witnessed the attack to come forward.

Jason Tuite (16) needed surgery following the attack. The PSNI believe he was assaulted by five men.

Speaking to BBC NI today, Jason's father Kevin said his "cheek was shattered, he'd two holes in his eye socket, had to get steel plates top and bottom, his nose is broken and serious groin injuries."

Jason was attacked after a teenager who was standing on the step of a bus after the gig, made a remark regarding his girlfriend and then said: "What are you at?"

Jason continued: "He was like, what are you going to do really? Then he swung the kick. Then all his buddies jumped in.

"They just battered me, six of them."

Jason's father stated that he hoped the bus driver might be able to help find those who attacked his son.

Speaking to BBC NI he said: "He (the bus driver) saw it, from what we heard the bus driver actually tried to intervene at one stage, so he knows who he is."

Along with the five people who attacked Jason, the PSNI are looking for the teenager who was standing on the bus immediately prior to the assault.

He is described as being in his late teens with short, dark hair and was wearing denim shorts and no top.