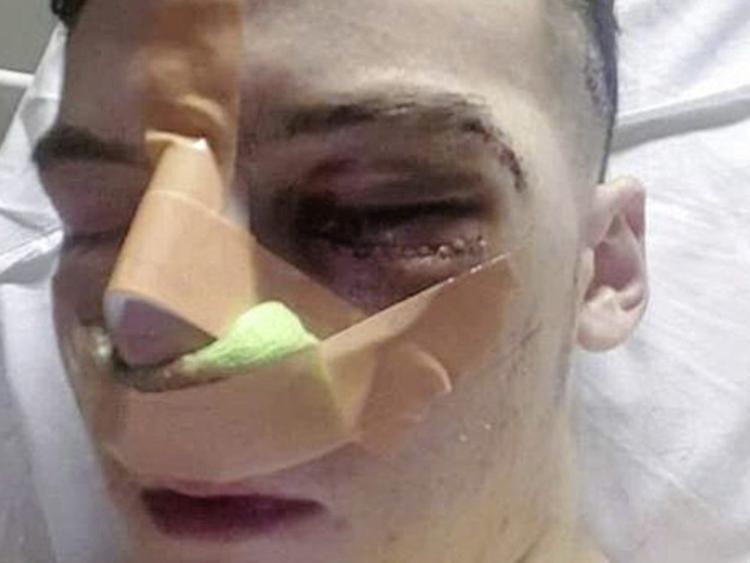 Dundalk teenager Jason Tuite, who was injured in an unprovoked attack outside a concert in Belfast last month, has had two metal plates inserted in his face after undergoing surgery for facial injuries.

The 16-year-old underwent his first round of surgery this week at St James's Hospital in Dublin.

During the operation, surgeons inserted two metal plates in the teenager's face - one under his right eye and the other, to the side of the eye.

Doctors, who performed the surgery by going in through the teenager's skull, also found that his nose had been broken as well as his eye socket.

Jason must now wait until next month to find out whether the sight in his right eye has also been affected as a result of the attack.