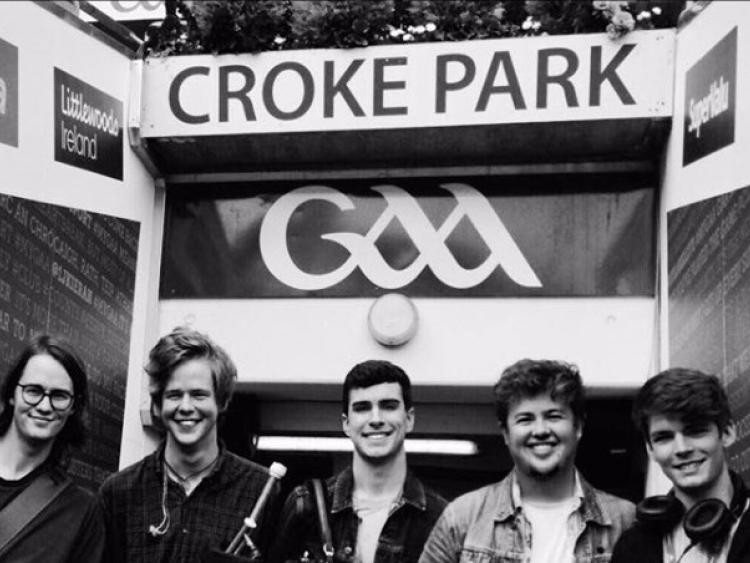 A DKIT student was among those to provide the interval entertainment at last weekend’s All-Ireland Hurling final in Croke Park.

Miceal Mullen, a music student at the local institute, performed before a crowd of more than 83,000 at GAA HQ, with his local Trad band Cúig treating attendees to their unique blend of rock-based traditional Irish style of music.

Their   sound and original compilations set them apart and have captured the attention of music industry moguls across Europe and the US.  Indeed just last month the boys performed at the world famous Milwaukee Irish Fest, North America’s largest celebration of Irish music and culture, where they received a rapturous welcome.

The US gigs came on the back of a demanding three-week European tour, taking in France, Spain, Holland and Italy, their performances to packed venues drawing critical acclaim and capturing first-class reviews.  And they’ll be back on the continent later in the year for a scheduled 22-gig tour of Germany in October.

Closer to home, Cúig   one of the headline acts in the upcoming Iúr Cinn Fleadh, taking place in Newry from 7th-10th September.  The band will join renowned former De Danann vocalist Eleanor Shanley for a concert in Newry Variety Market on Friday 8th September at  .

Currently enjoying massive success, it’s easy to forget these tremendously talented musicians are still in their formative years and, while the five are still in education at their respective schools and colleges, they undoubtedly have a bright future ahead of them at the forefront of the traditional Irish music industry across the globe.