A vision of a very different Dundalk 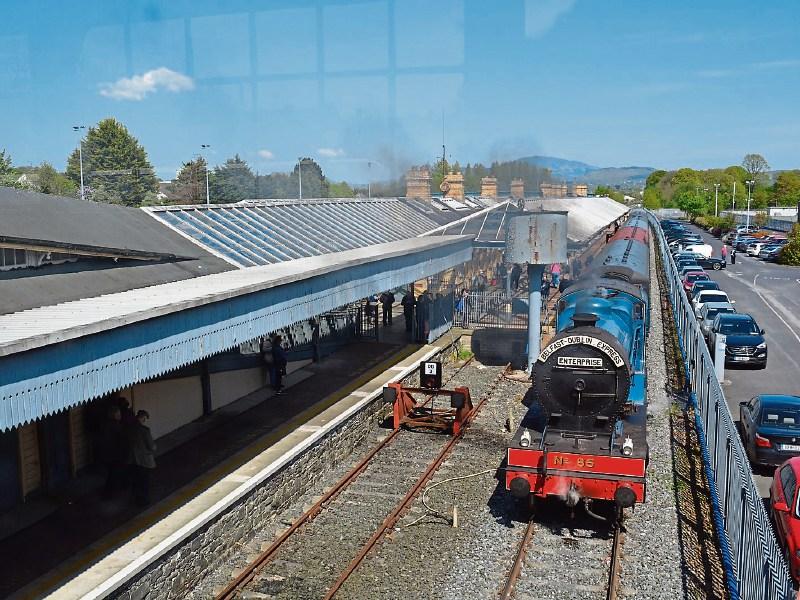 The story of John Neville has reminded me that the lay-out of Dundalk, especially along the Castletown Estuary, might have been very different today if all the plans for the laying of railway lines in Dundalk had been followed.

Maureen Wilson's article indicates that the original Dundalk Western Railway Company (established in 1836) had planned to run a line from the Quay, about where the present Spirit Store licensed premises stands, up along the river to Castletown to meet the Junction Railway and then on westwards into Monaghan.

That, however, was not the only planned line through the town that was altered. Maureen Wilson's article, which appeared in the Tempest Annual of 1975-76, states --- The Dundalk and Enniskillen Company (which was formed out of the original Western Company) had selected Dairy Hill (near the Point Road-Red Barns Road Junction) as their terminus. Sir John Macneill stating that it would be most convenient as trucks could be loaded direct from rail to ship, but the business men of the town objected as they felt that it was too far away from the town centre.

A deputation was appointed to go to London to ask the directors to reconsider the siting of the terminus and it was then agreed that it should be at the Butter Crane (off Quay Street).

The Company, however, was unable to procure that site and, instead, Lord Roden sold them the present Barrack Street site (where the County Hall is now built), which was then described as five/six acres of sloblands.'

Another railway line that was never laid which Maureen Wilson also mentions, was one planned to run from the Square to Blackrock ---'In 1856 a new railway company had entered the field when the Dundalk and Blackrock Railway applied to the Grand Jury for permission to cross the Avenue Road by level crossing.

Their application was granted but this was just another project which did not materialize.'