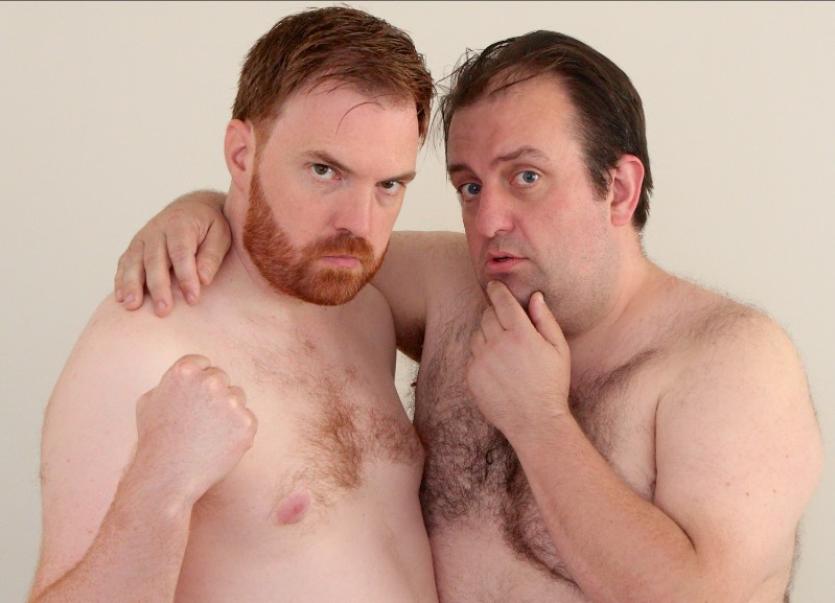 Bernard O'Shea and Karl Spain are coming to Dundalk

Dundalk comedy fans can enjoy a double dose of laughs with the announcement that top Irish stand-ups Bernard O’Shea and Karl Spain will be visiting The Spirit Store to perform their new show, Fat Chancers.

Fat Chancers kicks off in Cavan on 29th September and visits The Spirit Store on 9th February. The double headliner also includes a date at Dublin’s Vicar Street on 24th February.

And when they’re not keeping audiences rolling in the aisles, the funnymen have thrown down the gauntlet to see who is the biggest loser – in weight that is – after challenging each other to a slimming contest over the tour. Expect plenty of references to fasting, snacking and even colonic irrigation.

Audiences can expect plenty of on-stage banter as Fat Chancers will feature the popular comics share the stage, as well as performing their own stand-up routines.

No stranger to television and radio fans, Bernard is the co-writer and star of RTE2’s Bridget and Eamon with Jennifer Zamparelli and co-host of the RTE 2FM breakfast show, Breakfast Republic, alongside Zamparelli and Keith Walsh.

He is a former host of The Republic of Telly and has made regular appearances on The Panel, The Naked Camera, Just for Laughs and The Byrne Ultimatum, amongst other shows.
His foray into comedy saw him winning the Harp Newcomer Comedy Award in 2000. Since this time, he has become a regular at the Cat Laughs comedy festival in Kilkenny and the Montreal Just for Laughs Festival. His Edinburgh Fringe debut received five star reviews.

Karl is a well-known name to Irish TV audiences thanks to his television series Karl Spain Wants a Woman, Karl Spain Wants to Rock, and his appearance on Celebrity Operation Transformation.

Other television credits include Liffey Laughs, The Late Late Show, The Panel, Tubridy Tonight, The Afternoon Show and The Offside Show. A stand-up comic for 15 years, Karl is a regular performer at Kilkenny Cat Laughs, the Galway Comedy Festival, the Vodafone Comedy Festival, Cork Comedy Fest, Edinburgh Fringe Festival and Montreal Just for Laughs. He has toured extensively abroad, including Australia, the U.S., Middle East and South Africa. In addition to his own stand-up career, Karl was resident writer for Republic of Telly and writes for countless other comedians.

With fellow comic Al Porter, he wrote the 2015 pantomime Freezin’: The Story of The Snow Queen and a short film for Sky 1 as part of the Irish shorts series.