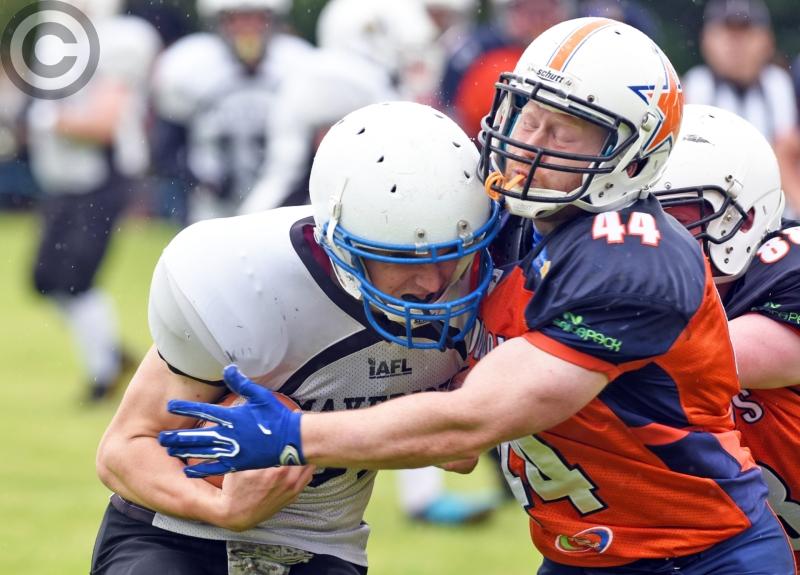 The 2017 IAFL1 Champions, Louth Mavericks will begin their preparation for the 2018 Shamrock Bowl Conference this Sunday, August 27th at the DKIT Sports Grounds at 12pm.

This is the start of the Louth Mavericks Rookie Camps.

The Mavericks would like anyone who is interested in participating in the fast growing field sport to come down, speak with the championship winning coaches and begin the process of becoming an American Football Player. (Only over 18s).

At 6:30pm last Sunday evening, the Louth Mavericks hoisted the IAFL1 championship trophy in what was a monumental achievement for such a young club.

Since their beginning in November 2012, the Mavericks have had trained hard to get to that point. Now it's your chance to become part of something amazing.

The Mavericks, as IAFL1 champions, have now gained promotion to the Shamrock Bowl Conference.

American Football is ideal for anyone who enjoys physical, hard hitting sports. It doesn't matter what height, weight or body size you are, there's a position that can suit everyone. All you need to bring is boots and training gear.