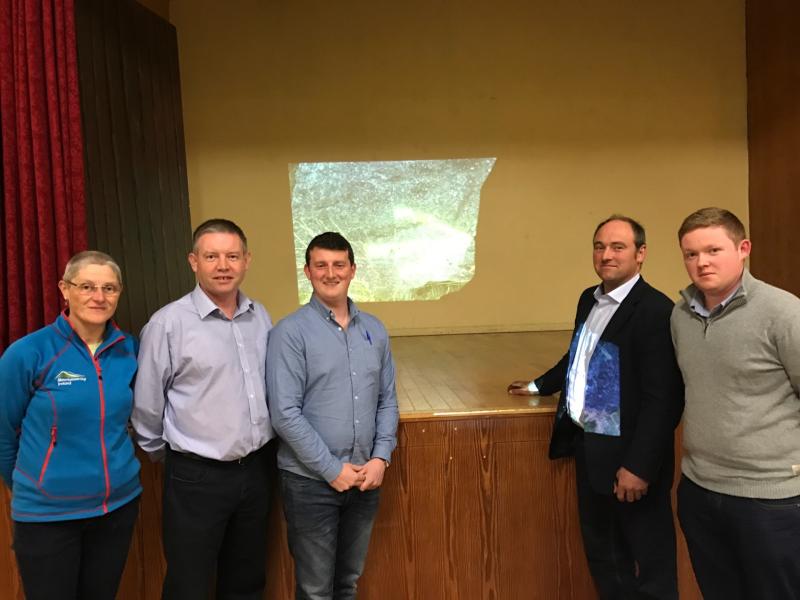 Local Cllr Antóin Watters has welcomed the news that a Wildlife Ranger will be assigned to the Cooley Mountains.

Having attended a public meeting last Friday with his colleague Cllr Mickey Larkin from South Armagh in the Mullaghbuoy Community Centre, Cllr Watters said “we were present with representatives from the IFA, Mountaineering Ireland and local walking groups. One thing that we all had in common was our love for the mountains and our wish to see their natural beauty preserved for future generations.”

Cllr Watters said “The meeting was called following the discovery of yellow markings that had been sprayed on the Cooley Mountains recently. It was agreed that there needed to be more awareness of events being held on the mountains. All those present agreed that a ‘no trace’ approach would be best practice, basically, leave the Mountains as you found them.”

Cllr Watters was also pleased to see that “the organisers are going to meet with local Gardaí to ensure that any future users of the mountain will use appropriate temporary markings and the group will work closely with the Wildlife Ranger.”

Cllr Watters reminded that “the Cooley Mountains are for all to enjoy and are important for local tourism. The area is one of outstanding beauty so I will raise this issue with Louth County Council and my colleague Cllr Mickey Larkin will raise it with Newry, Mourne & Down District Council and we will also raise it at the Memorandum of Understanding (MOU) Group which deal with cross border issues between the two Councils. Let’s leave nature as we find it.”