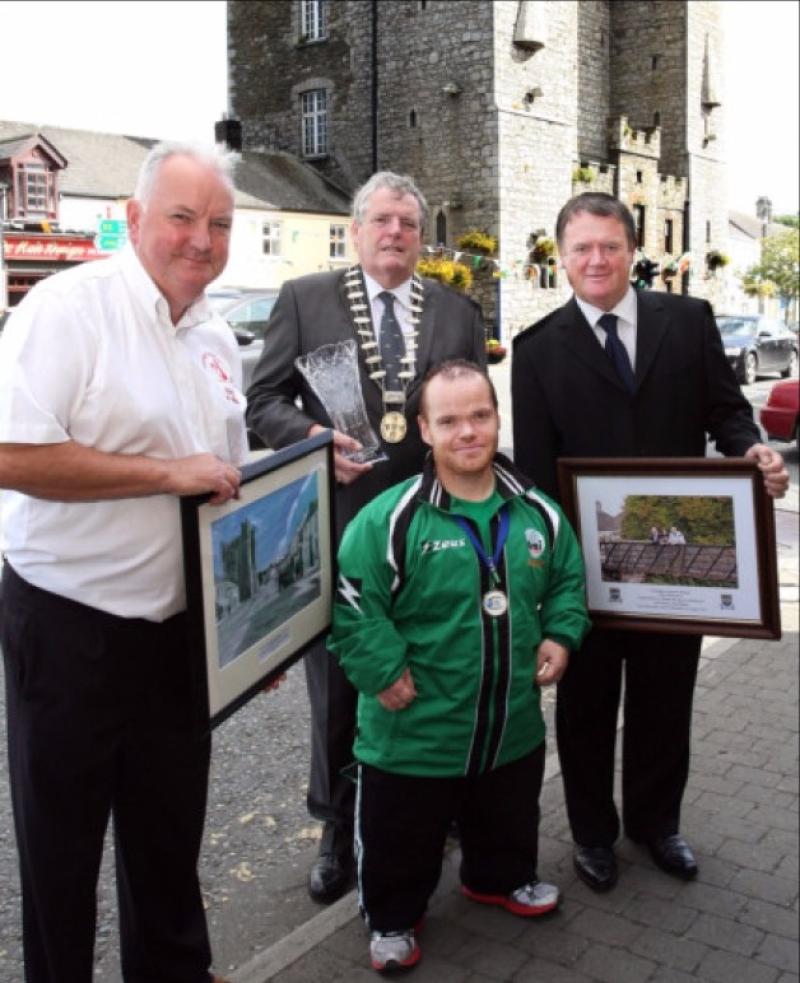 Thomas McCague in 2013 after winning gold. This year he retains the gold medal and won two further silver medals for Marksmanship and Archery

A Louth man has just won three medals in the 2017 World Dwarf Games that took place in Ontario, Canada from August 4 to August 12 2017.

Thomas who is 37 years old, retained the World Title in Powerlifting, winning the gold medal as well as winning a silver for Markmanship and another for Archery.

Thomas returns to Ireland this Friday 18 August with the rest of the Team Ireland, who according to the World Dwarf Games website, won 13 medals in total.

Talking to the Drogheda Leader, Thomas said, 'I'm delighted to have won gold again. It's an amazing feeling inside and all the hours in the gym have paid off.'

Thomas won a gold medal in the last World Dwarf Games in the United States in 2013. On his return to Ireland after his achievement, he was given a civic award from Drogheda Council.