Theme of Humanism, Religion and Spirituality 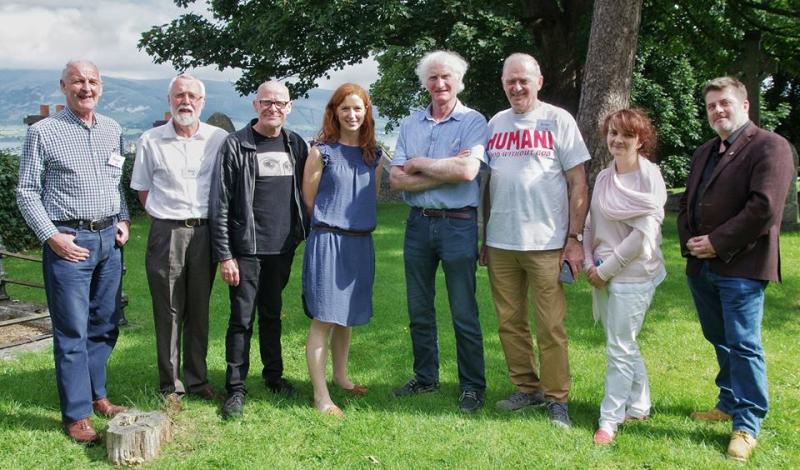 According to Humanist Association of Ireland spokesperson, Eamon Murphy the school will tackle important questions such as:

Ever wondered whether it is possible for humanists to be both atheistic/agnostic and spiritual? Do you want to hear how society can move beyond religion, both spiritually and temporally, including towards a full separation of Church and State?

This year’s Humanist Summer School takes place at the Heritage Centre in Carlingford next weekend.

Murphy explained: “Overall the aims of the weekend are to explore the common ground between religion and humanism and discuss the idea of a humanist spirituality and how we might move beyond religion to a more secular island”

“Our guest speakers will be a mix of humanists, reverends, priests, academics, media commentators, even psychotherapists,  Many topics, will be explored including the areas where humanism and religion overlap; the reasons for conflict between the two; the roots and results of fundamentalism in modern society; and humanistic interpretations of traditionally religious concepts.”

Speakers include UCD lecturer Ailbhe Smyth of the Coalition to Repeal the 8th; occasional media commentator Fr. Joe McDonald; Professor Joachim Duyndam of the University of Humanistic Studies in Utrecht; and Reverend David Armstrong, who famously came into conflict with loyalist paramilitaries for his efforts at cross-community reconciliation in Northern Ireland.

Biodynamic Psychotherapist Gill Bell will explore the topic of spirituality, and Irish Freethinker and Humanist editor Brian McClinton will lead a discussion on moving beyond religion in Irish Society. The HAI’s Honorary President, Professor David McConnell of Trinity College, will give the opening address.