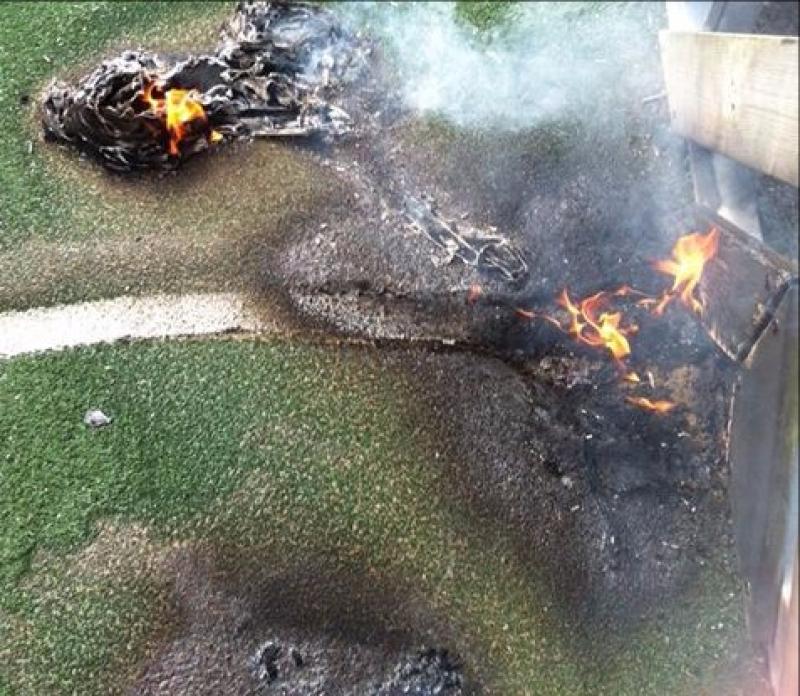 Dundalk gardai were called to the scene of a malicious fire which was started at Blackrock Park yesterday afternoon.

On the park's Facebook page there was much outrage at the incident.

"Can you believe it - this destruction happened at 4pm today when some youths set fire to the surface and fence of the MUGA pitch in our Park.

"It is going to cost in the region of €1,000 to repair. The Gardai were on the scene shortly afterwards and are investigating."

Local residents took to social media to voice their anger.

"This is not the first time this anti - social behaviour has hit Blackrock," said one poster. "The trees between the ferns and beech park are hangouts for teenagers .. I've twice had to put out smouldering fires lit by them... the guards also lifted recently a group all from Blackrock who were under aged drinking all c.14/15."

"Shocking to see such wanton destruction", stated another local.