The amazing history of the Adelphi in Dundalk 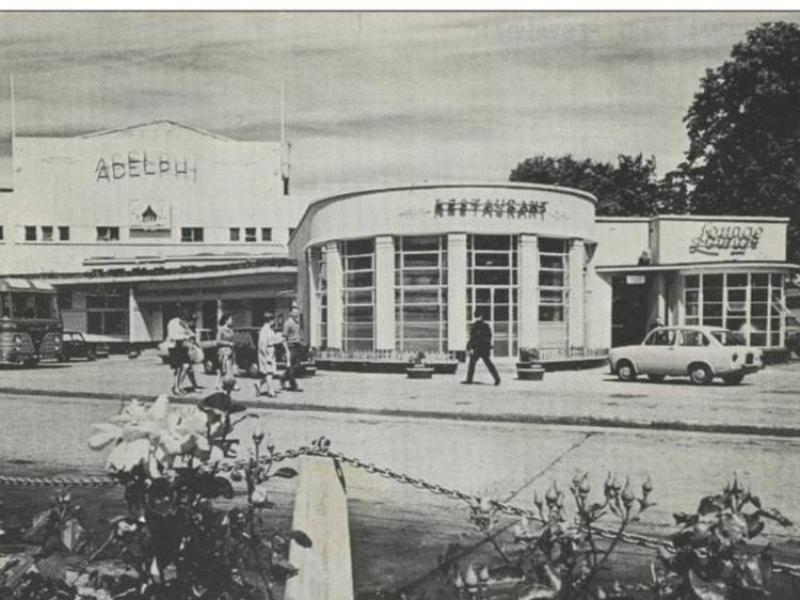 When the Adelphi Cinema first opened its doors in 1947, Bob Hope was the star attraction.

His new hit comedy 'Monsieur Beaucaire' had just premiered, his reprisal loosely based on the novel of the same name, and a remake of the 1924 Rudolph Valentino silent film.

Every week people from Dundalk and its neighboring areas would come to see the latest films and dine at the cinema's adjoining restaurant. For almost 60 years the picture house remained in business, showing everything from 'Chitty Chity Bang Bang' to 'Titanic'.

Jim Corr is among those to reminisce about the venue, the local musician recalling how he brought girlfriends to the Adelphi Cinema to see Bruce Lee films, remarking that he "...was big into kung fu, for some reason."

During the 1950's Denis “Dee” O'Kane, a former accountant turned event promoter, together with Jimmy Hamilton took the decision to build the Adelphi Ballrooms.

Nestled in behind the Adelphi Cinema and restaurant, the ballrooms became a popular spot for live music, social gatherings and sporting events.

From the late 1950's until well into the 1970's, the ballroom became a mecca not just in Dundalk, but across a wide area of the north-east, for a generation of young people.

The Adelphi [was] a household name because Dee and Jimmy were able to attract not just the best show bands in Ireland such as the The Royal Showband and The Dixies but [also] some of the top names in the entertainment world in Britain and America.

In the summer of 1970, Roy Orbison, who would be inducted into the Rock-n-Roll hall of fame less than two decades later, gave the audience at the ballrooms a real-life taste of his baritone, and often melancholic, vocals juxtaposed against the more upbeat sound of his band.

Michael Holliday, Joan Hammond and the Move, then number one in the charts with their fifth consecutive top-ten hit “Blackberry Way,” have also reportedly put on performances at the ballrooms.

The business Dee and Michael created was a roaring success for several decades, however, by the end of the 1980s the ballrooms had not seen a band in several years.

In 1989 the building, in an extreme state of disrepair, was purchased and redeveloped into shop units and offices, a purpose for which the property has been used ever since.

Around this time the restaurant area, attached to the cinema building, was also renovated into an open plan bar and restaurant, The Adelphi Lounge, with regular live entertainment. Some of the country's best known performers including Brendan O'Carroll, creator of the now renowned and highly acclaimed Ms Brown's Boys, began to put on shows in the lounge.

Supporters in seas of green, white and gold flooded the lounge to cheer on Ireland during the 1994 USA world cup.

Locals rejoiced, sang and hugged each other when Ray Houghton's left boot emphatically lobbed Gianluca Pagliuca and sent Ireland on their way to an historic 1-0 victory.

Outside on the streets people relished the moment by chanting and draping tricolors over passing cars, tournament winners Brazil were the only other team to beat the Italians. By the early 90's the open plan restaurant had been closed down and the space was then divided into a live music venue, The Venue, a bar, Sweet Fanny Adams and a 1950s style American diner, Rock Island (initially called L.A. Rock).

It seemed fitting that the same property once again became the focal point of Dundalk's nightlife and helped to rejuvenate a rich musical history which had long been associated with the area. Rock Island, a popular hangout spot for youths during the day, was a satisfier of empty bellies during early morning hours while The Venue attracted some of Ireland's best musical talent at the time.

Together with his band The Frames the now Grammy award winning Glen Hansard treated tightly packed audiences to several memorable performances. Other notable acts to play in The Venue included Bagatelle, Buck's Fizz, Aslan, Blink as well as regular performances by The Long Riders and other local bands.

However, As the 90's drew to a close so too did the doors of the Venue, Sweet Fanny Adams and Rock Island. Like the Adelphi Ballrooms before them the property was converted into a series of shops and retail units, for which it is still used today. Some years later the reels in the Adelphi Cinema showed their final frames.

For many, the closing of the picture house during the 'naughties' stirred emotions and evoked memories of youth. Although the property has now been converted into apartments and retail shops much of its original art deco features and design, the work of Robinson and O'Keefe architects, remain.

The original facade, upon which hangs a remake of the first Adelphi sign, has been integrated into the modern architecture of the new building. It is a combination of old and new, past and present, which represents a changing of the times while never forgetting the heritage and cultural significance of this local landmark.