Vera adored her children and family 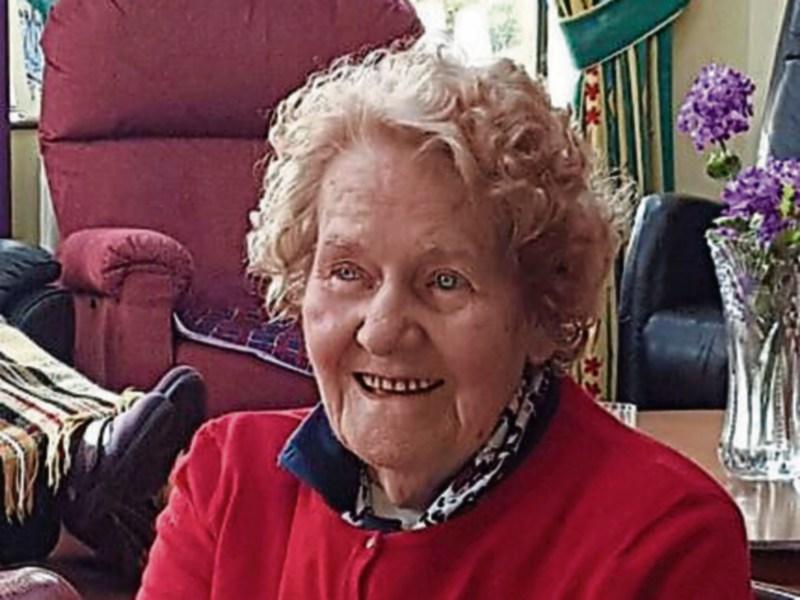 She passed away peacefully on May 30 2017, in Our Lady of Lourdes Hospital, Drogheda.

A housekeeper in the CBS monastery, as well as the Redemptorist and St. Patrick’s at different times, she also learned to drive and to swim, both relatively late in life.

Above all, she was a great mother to her daughter and four sons, and enjoyed being around her grandchildren.

Aged 84, Vera was a daughter of the late Laurence and Roseanne Muckian, Ballinfull, Kilcurry.

She was the last surviving of a family of seven, four boys and three girls.

After attending primary school in Ballinfull, she went to the old Tech in Chapel Street, Dundalk.

Vera worked as housekeeper in the Christian Brothers Monastery, Chapel Street, and a role she also subsequently filled at the Redemptorist and St. Patrick’s.

She was also employed in Malocca’s, Park Street for 30 years.

Vera adored her children, and would never see them go without, while she cherished her grandchildren when they arrived.

She enjoyed family holidays, going right back to when they stayed in caravans at Clogherhead, and in later years, weekends away with friends.

Eighteen years ago, Vera travelled to Australia to visit her brother, Peter.

By that stage, she was driving around, having learned to drive relatively late in life, and enjoyed taking her husband, Johnny for spins to Clogherhead and especially Carlingford.

Vera also mastered swimming in middle-age, learning in Drumcar, and looked forward to this regular pursuit with her friends.

She was also an accomplished baker, and keen painter.

Vera was an occasional visitor to the old dog track on The Ramparts, and her son, Seán, on one occasion put a greyhound in her name. Middle Summer went on to win a couple of races.

She enjoyed good health until later years, and spent five days a week in The Birches Alzheimer Day Care Centre, where she received great attention.

Vera was predeceased by her husband, Johnny, brothers, Laurence, Ned, Peter and Gerry, sisters, May and Phyllis and grandson, James.

After reposing at home, her remains were removed to the Church of the Most Holy Rosary, Brid-A-Crinn, where the funeral Mass was celebrated by Fr. Pádraig Keenan. Daughter, Una gave a fitting eulogy.

Readings were by son, Dominic and grandson, Christophe, while grandchildren, Gillian, Gerard, Judith, Orla and Fionnuala led the Prayers of the Faithful.

On the altar were symbols of Vera’s life, which included a picture of her home place, Ballinfull, a painting she did and a bowl for baking.