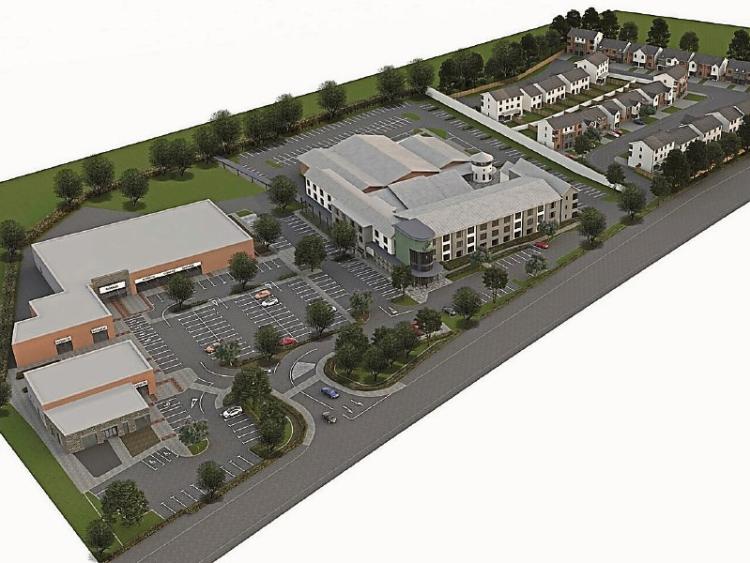 SuperValu announced on Monday that over 40 jobs will be created at a new SuperValu store in Dundalk, due to open in autumn 2017.

The 17,600 square feet SuperValu Store, representing a total investment of €7 million, will be located in a flagship new retail development at the former Fairways Hotel Site in Dundalk.

A further 70 jobs will be supported during the development’s construction phase.

SuperValu Fairways will be the anchor premises of this €25 million development by local Dundalk developer Wonderglade, which will also include a number of smaller retailer units.

The SuperValu store will be operated by Dundalk retailer Richard Tiernan, providing consumers with a tailored local Irish offer, with a range of locally-sourced produce from Louth suppliers including Moran Jams, Kookie Dough and Slig li to name but a few. The new store will also include a butcher counter, fish counter and fresh bakery complemented by in-store experts, as well as ample customer parking.

Commenting on the announcement, Ciara Croffy Property Development Manager with Musgrave said: “As Ireland’s leading grocery retailer with stores in every county, SuperValu is always looking for new opportunities to bring our market-leading offer to consumers across Ireland. In partnership with Wonderglade, we are delighted to announce that SuperValu will be the anchor tenant of phase one of this exciting new development.”

Patrick O’Callaghan of Wonderglade said: “This new €25 million Fairways development will include a number of smaller retail units, a coffee shop, residential units and a hotel when completed. We are delighted to have the support of SuperValu in this ambitious project. As a local company, we are pleased to know that the development will create local jobs, both once complete and during the construction phase, which will be led by local Dundalk firm Denis Williams Design Services and by local builder Hollywood Developments.”

As the number one supporter of the Irish agri-food industry, SuperValu sources from over 2,200 Irish suppliers – more than any other grocery retailer in the Irish market – equating to an annual economic contribution of €2.19 billion.

SuperValu’s Food Academy programme has already helped over 700 small Irish food producers to secure a retail listing, supporting over 1,300 jobs in the process.