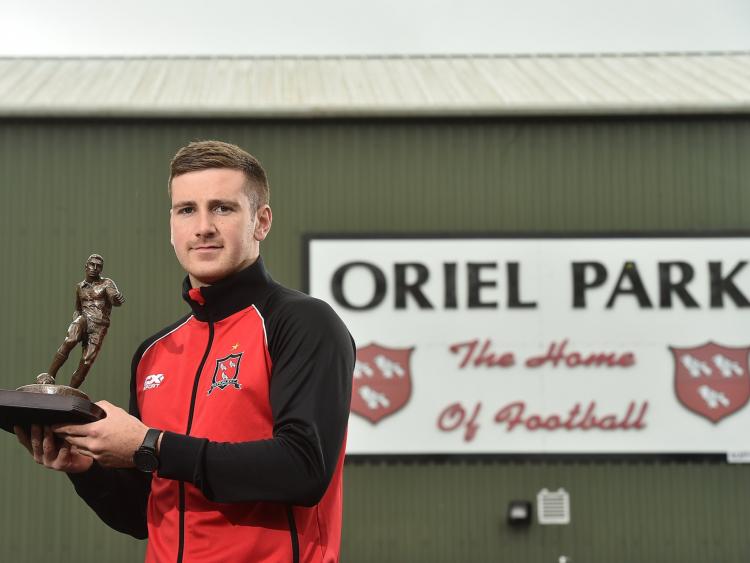 Dundalk midfielder Patrick McEleney has been named the SSE Airtricity/Soccer Writers’ Association of Ireland Player of the Month for June.

It is the first time McEleney has won the monthly award which was presented to him today by Leanne Sheill from SSE Airtricity.

McEleney has scored some stunning goals this season - his favourite being his solo goal in the 6-0 win away to rivals Drogheda on June 16.

The midfielder is pleased with how Dundalk have bounced back after losing to league leaders Cork City just before the break.

McEleney said: "It's always nice to get individual awards and it's my first one, but the team are playing really well since the break and that's the most important thing.

"I got four in four and then didn't manage to score against Bohemians. The one against Drogheda, the chip, that kicked it all off for me. I think that would be my favourite goal that I scored. It kick-started a good run for me and gave me confidence.

"The defeat to Cork just before the break was tough to take. We had to go away, come back and put our heads down, which we have done. We've been playing really well since the break."

The Oriel Park outfit take on Norwegian side Rosenborg in the Champions League second qualifying round on Wednesday and McEleney is raring to go.

He added: "We've put a lot of work in behind the scenes like we always do and we're really looking forward to the game now."

In winning the award, McEleney beat off competition from Cork City striker Seán Maguire, who finished second in the voting. Bohemians midfielder Keith Ward was third.