The Dundalk lollipop man and his song which lives on, and on 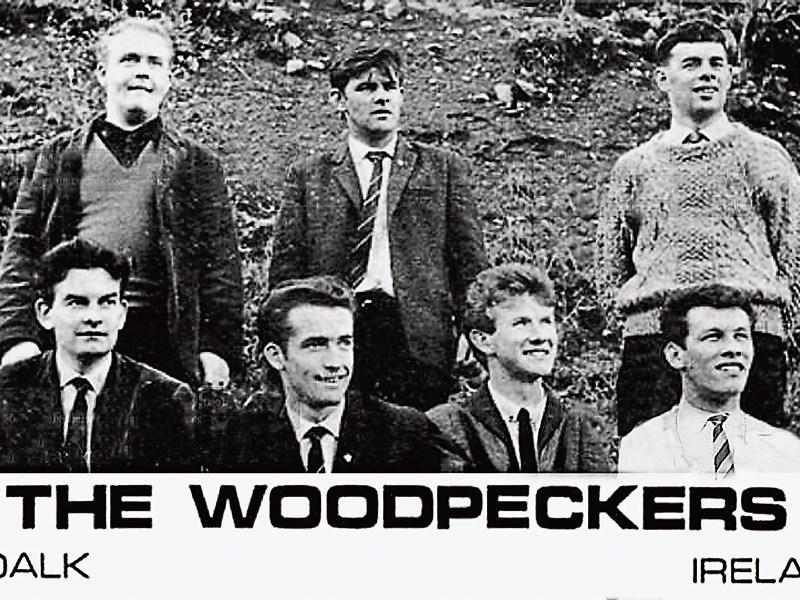 "My World's Come Down On Me" is a very popular song performed in recent years by The Davitt's Country Band and others.

Recordings by various artists under its own name and under names such as "My World Today" has clocked up more than fifty thousands hits on YouTube to date.

In its own quiet fashion it has an almost unique place in music history . It is one of very few original Irish songs to be recorded by showbands in the 1960s and recorded by Irish Country music performers at the present day.

The song was written by trombonist, Gerry Duffy, originally from the townland of Laragh in County Monaghan but living in Dundalk for many years. In 1959 Gerry co-founded The Woodpeckers Showband from Dundalk, playing their first gig in Armagh on Christmas night of that year.

In the 1960s recording songs was a very expensive business and as such very few bands could afford to record more than one disc in their entire career.Many could not afford even that one.

Realising that the way forward for The Woodpeckers was to cut a disc, the lads decided to record a Roy Orbison song,"Gigolette", sung by their then lead vocalist Donie Marron. "It cost us more than five hundred pounds to record and sold about half a dozen copies", was Gerry's lasting memories of that episode.

Holding a little competition among themselves to write an original song for their next recording it was Gerry who came up with the goods but as they did not have the finances for another studio venture the recording was shelved for the time being.

Becoming part of their performing repertoire the song was heard by Henry McMahon, one of the dancing audience in the Swan Park Ballroom in Monaghan. Henry liked the song so much that he asked if his band could use it in their programme and that is how the tune became synonymous with Big Tom and The Mainliners.

By the middle of the decade the band was becoming more popular in Scotland than it was in Ireland.So much so that they were promoted on some of their extensive tours of Scotland by top Scottish promoter Andi or Andy Lothian,well remembered even today for his claim that it was he that coined the phrase "Beatlemania", although there are variations to that theme.

In 1967 Andy offered to finance a recording of a long playing album for the band. Jumping at the chance to do something which would have been well out of their reach without financial backing ,it never occurred to the lads to tell Andi that a split in the band was almost inevitable in the very near future.

Driving down from Dundee to London the Woodies spent only two days recording fourteen tracks for their forthcoming Long Playing Record in a prestigious London recording studio,The Olympic. The previous occupants of that studio, The Rolling Stones had spent more than three months working on their new album "Their Satanic Majesties Request "

Andy Lothian was so enamoured by the album that The Woodpeckers were creating that he even played bass guitar on all of the tracks which included "My World's Come Down On Me " on track number 12.

Although small advertisements did appear in a Dundalk newspaper announcing that the release date of their new L.P. was on the first of November, with an advance order of over four thousand in Scotland, only the master copy of that album was ever made. The band did split up shortly after that with some of the lads electing to form a band in Scotland,the Emerald Showband ,that went on to appear in 1971 on a very popular television show called Opportunity Knocks ,which was hosted by Hughie Green.

Although the Woodpeckers reformed with new personnel, that album was shelved never to be released as a commercial enterprise. In recent years it has been copied in a different format to be given as a souvenir to family and friends of the band.

In 1992 Hugo Duncan released his version of the song as a single.

In the past few years the song has had a revival of interest with a number of bands and singers recording it .

One of the versions most recently posted on the social network site, YouTube,is by John Glenn, who took over as lead singer of the Mainliners when Big Tom McBride left it in the early 1970s

True to a promise that Big Tom made to Gerry when the idea of Tom recording the song was first suggested, money from the royalties of that first album and his song trickled steadily in for a long time afterwards, but due to some mixup in the pressing of the album Gerry's name did not appear in the credits of his song.

This mistake was never rectified and as a result of this Gerry's contribution to a little bit of Irish musical history has been overlooked,unknown even to those who have taken a strong liking to his very catchy song .

He is still writing songs and recently has taken up learning the guitar.

In his new role as a popular lollipop man at a very busy street junction in Dundalk he laughs at the idea of him being nearly famous ,but until recently he had no notion that a new generation of Irish bands and singers had rediscovered something that he had written just to be performed by his own band fifty years ago this year.

Oh, and before we finish - even though the wee video of him singing that song, put together by a fan, has been on Youtube for two years, and has a very steady and regular viewing rate, at the time of writing this article, Gerry, like quite a few of his generation, has no idea what Youtube actually is and has not yet seen that video, or any other of the videos of just some of the many paying tribute to his creation.