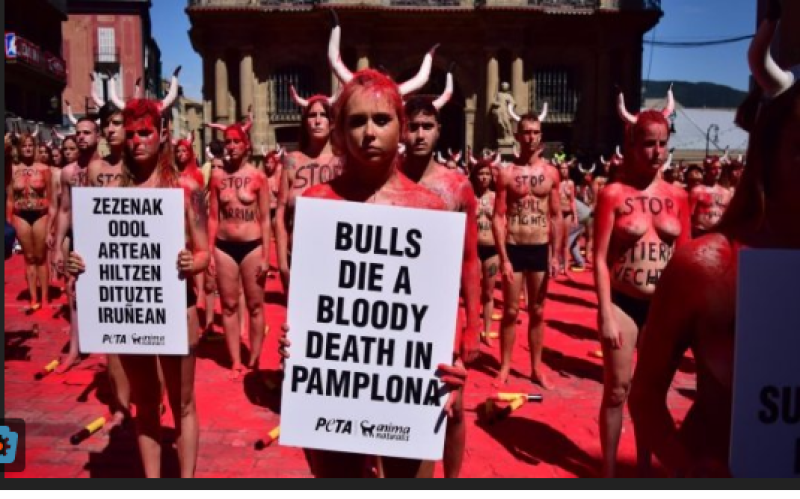 A Dundalk woman was among nearly 100 PETA and Anima Naturalis supporters who gathered in the centre of Pamplona today ahead of the controversial Running of the Bulls at the San Fermín festival. 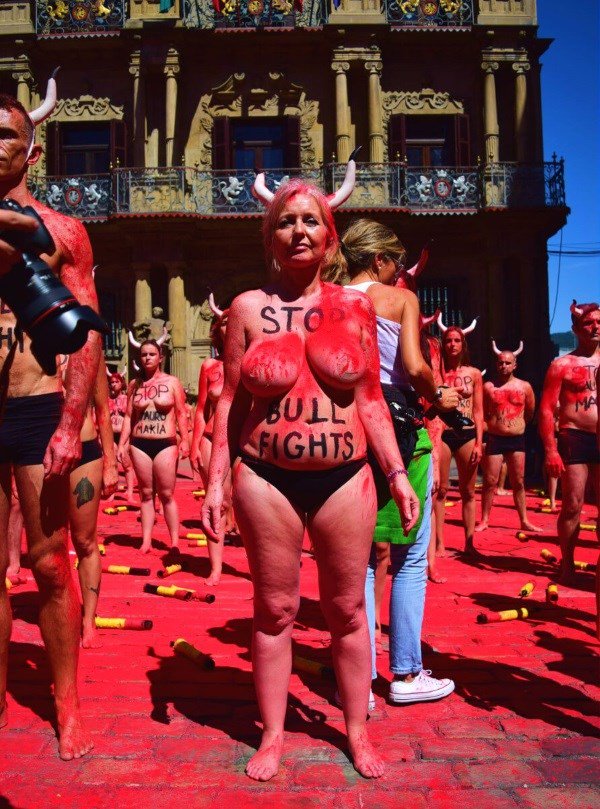 Wearing little more than fake bull horns and black underwear with the words "Stop Bullfights" painted on her body, Grace McKeown from Dundalk joined protesters in the centre of Pamplona.

"Torturing and killing animals can never be justified as entertainment," said McKeown.

"We stand united with the vast majority of Spanish people, who don't support bloody bullfighting spectacles."

The chanting protesters simultaneously broke "banderillas" containing red powdered paint above their heads, covering themselves and filling the air around them with "blood".

The fiestas of San Fermin are celebrated from the 6th to the 14th of July.

It has become internationally known for the Running of the Bulls, where the bulls are lead through the streets of the old quarter as far as the bull ring by runners.

"Animals should be respected and protected, not chased by a crowd into an arena to be tormented, speared, and stabbed," says PETA Director Elisa Allen.

"Bullfighting has no place in a civilised society. PETA is calling on kind people around the world to reject this bloody spectacle, and we're urging Pamplona to join the more than 100 Spanish cities and towns that have banned it."