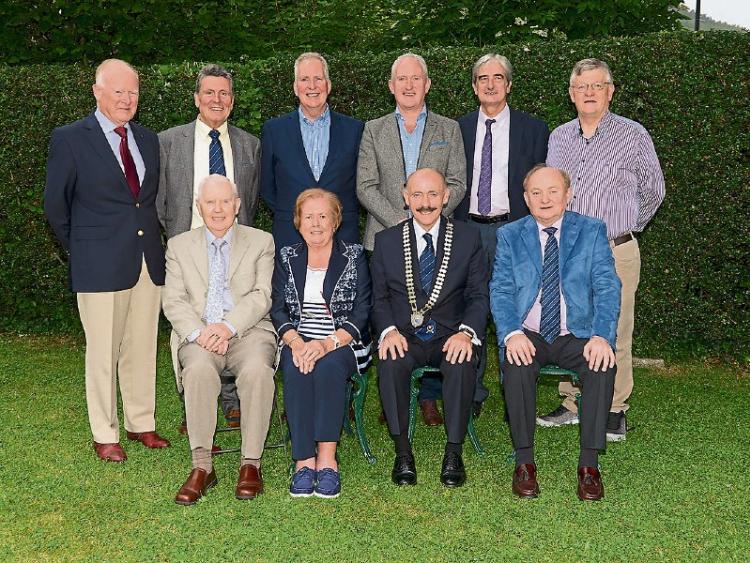 Recently Dundalk Chamber celebrated 125 years of service to the Dundalk community. In recognition of this special year Michael Gaynor the current President held a barbeque in Ghan House Carlingford. A number of past Presidents plus friends, members and guests attended.

Michael Gaynor gave an excellent summary of the changes over the years. The Chamber in 1892 and for a long time was concerned with Shipping, shoes, brewing, distilling, tobacco and of course engineering. The original companies have now faded into memory but there is once again distilling in the Great Northern Distillery, which the then President Paddy Malone played a part and the engineering tradition is also alive.

The town faced great challenges in the 1920’s with the imposition of the border and later with the Troubles. The EEC saw the end of the shoe industry.

Today there are current entrepreneurs from Dundalk in manufacturing and telecommunications. The town is once again looking to the future with optimism despite BREXIT.

Paddy Malone emphasised the current projects including Shop Local. He once again emphasised the attraction to employers in the scheme and appealed to others to give vouchers rather than cash which can be spent on the internet.

He also said that to survive the next 125 years we need volunteers as the Chamber is a 100% voluntary organisation.