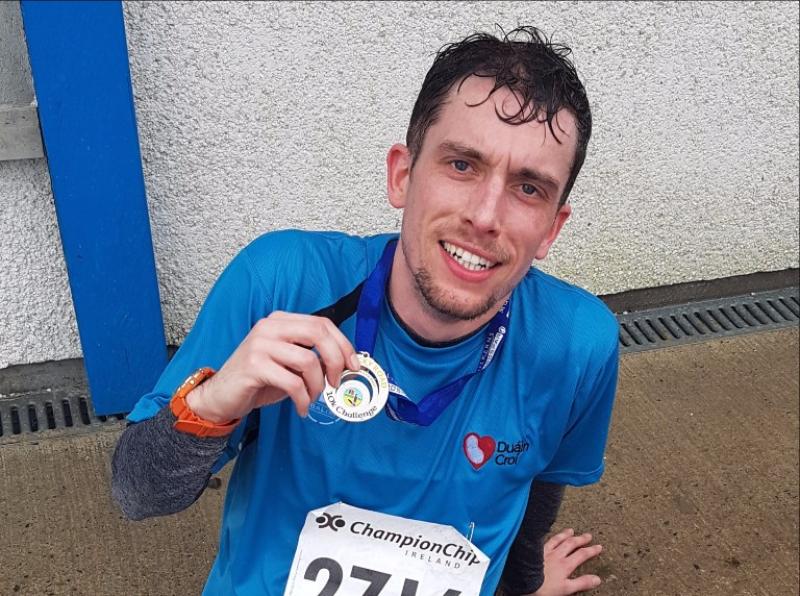 Andrew Gallagher from Dundalk has been announced as a finalist for this year’s Rock 'n' Run Idol contest at the 5th annual Rock ‘n’ Roll Dublin Half Marathon.

The five finalists from Dublin, Louth, Roscommon, Down and Limerick were selected by an expert panel of judges who managed to narrow the wide pool of entries to five inspirational men and women.

After several years on dialysis, Andrew received a kidney transplant by his Mother in Law in 2013. Since then, Andrew has grown from strength to strength, focusing now on fitness, running and enjoying life to the max.

At the start of 2017, Andrew formed a free running club for his friends and family called, Duáin Croí Runners/Walkers. The group is aiming to run 1,000k for the Children’s Heart Centre Crumlin & Renal Support Centre Beaumont. The group consists mostly of beginner runners looking to make a difference to themselves and others.

Andrew was nominated by a friend to become a Rock ‘n’ Run Idol. Describing Andrew in his entry, the friend explained, “His love of running and passion for life has inspired each and every one of us. We would love to see Andrew as the Rock ‘n’ Roll Idol, he’s a proud father and a loving husband, with a big heart and there’s no one who deserves it more.”

The 5 finalists representing Dublin, Leinster, Munster, Ulster and Connacht use running for all different reasons. The idols represent runners from all over, using running for fun, to travel the world, to motivate others, to raise money for charity, to improve their lifestyle and mental wellbeing. Read all about the 2017 Rock ‘n’ Roll Idol finalists at www.runrocknroll.com/dublin/rock-idol/.

The general public are now invited to vote for the winner by going to RocknRollDublin.com and reading the incredible entries from the 5 finalists. Voting continues until 7th July at 11:59pm GMT and the winner will be announced shortly after. The winner will receive an all-expenses paid trip to the Rock ‘n’ Roll Las Vegas Marathon & ½ Marathon in November, the world’s largest night-time running event which takes place on the Las Vegas Strip at night.