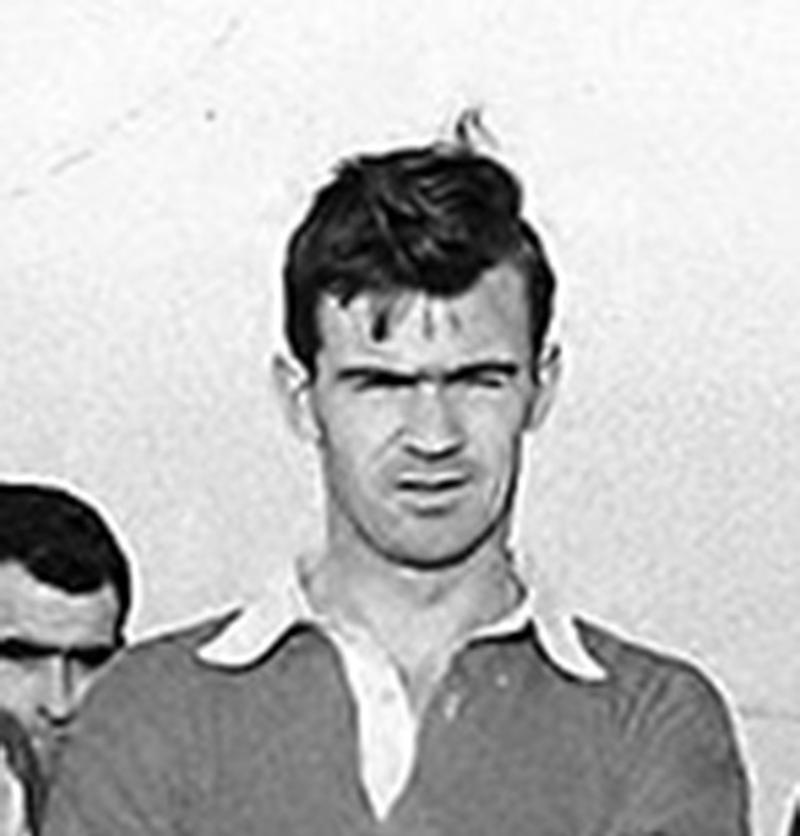 Those of us who subscribe to superstition are indeed a rare breed. Whether it be putting your left boot on first or wearing your socks up, there are numerous examples of funny little notions. They can make a player or manager feel that bit more at ease with themselves before a big game.

So, if it’s a superstitious quip that you’re after before Sunday afternoon, review the 1975 Leinster Senior Football Championship.

It saw Louth paired with Wicklow, Wexford with Carlow and Laois and Longford meet in the first-round. Yes, you’ve noticed – the same as this year. It also saw the winners of the Louth and Wicklow tie rewarded with a quarter-final against Meath, in Dublin.

In 1975, Meath were National League champions and Louth were managed by Jimmy Mulroy, one of the shrewdest operators to have coached a Louth team since the great Jim ‘Sogger’ Quigley, in 1957.

Mulroy oversaw the Reds’ last championship victory over the Royals 42 years ago. On that day in Croke Park, the teams were level on no fewer than five occasions in what turned out to be an enthralling contest.

Crucially, though, Meath led the contest only once, a six-minute spell in the opening-half where they were ahead by the minimum.

In spite of leading 0-5 to 0-4 at the interval, Louth’s right-half forward on that day, Benny Gaughran, remembers Mulroy not being overly pleased by their first-half performance.

“As I recall, we were doing ok but Jimmy wasn’t fully happy,” Gaughran said.

“Jimmy was a very clever manager and he made a few astute moves at half-time.

“I was moved to midfield with Peadar McParland, who was having a very good game and catching the ball over Joe Cassells. Mulroy also brought on Damien Reid, who had pace to burn so Croke Park suited him.

“Damien made a big difference and ‘Muckle’ McKeown had an excellent second-half,” the Malahide-based solicitor added.

Full-back Leslie Toal was another who enjoyed a fine game on that sweltering hot day at GAA HQ, having been handed the task of marking his ‘close friend’ Mattie Kerrigan – Meath’s danger attacker.

The Clan na Gael’s abiding memory of that game came in the second-half, when he, with the aid of a colleague, did just enough to put Kerrigan off scoring what could have been a decisive goal in the match.

“I remember near the end Mattie Kerrigan had a great chance of a goal and myself and somebody else, for the life of me I can’t think who, put him off and he put it wide,” Toal said.

“After the match, Mattie came up to me and said ‘well done, I was afraid all week that something like this was going to happen’. He was afraid that we would come up with something and we did.

“It was a great performance, men like Terry Lennon, Anthony Hoey and Peadar McParland all had great games that day,” the current chairman of Clan na Gael pointed out.

The winning of the game ultimately stemmed from a late burst which saw Louth score four of the final five-points.

And, Peadar McParland, the Wee County’s midfield colossus that day, marks it down as his best time in a Louth jersey, for the victory, for his performance, but more particularly, for the tremendous atmosphere.

“The noise from the Hogan Stand was tremendous,” the peninsula native remembers.

“It was certainly my best memory playing with Louth, for the atmosphere, playing in Croke Park, winning against our great rivals and for lasting the full game against such good opposition.

“That was probably my best season in football. I was playing very well at that time and I had kicked seven-points from play against Wicklow, so we knew we had a chance going in against Meath.

“That was another of Jim Mulroy’s great strengths, he got the team believing, he was a real players’ manager. He began to plan how he wanted us to play which was something new at the time.

“We had become quite an established team. The likes of Leslie Toal, Danny Culligan, Frank Lennon and ‘Muckle’ McKeown were around a long time and we had a good spirit going. We were certainly up for the game.”

He continued: “From a personal point-of-view, I was building myself up all week for the game. I knew I was marking Joe Cassells and I really wanted to do the job because Dublin had beaten us in 1974 and I wanted another crack at them in a semi-final.

“I remember meeting Ken Rennicks along the Hogan Stand and putting him out over the sideline with a shoulder, the roar after that was something that I’ll never forget, it was deafening,” the Cooley man added.

Toal denies Meath became complacent going into that match, despite acknowledging that they were favourites.

Considering this, Gaughran remembers feeling it necessary to give Meath as good as they got in the physical stakes.

“Jim used to say ‘if someone offers you a shoulder, accept the invitation’,” Gaughran revealed.

“One thing that you were guaranteed was that we were going to stand up to Meath. We didn’t need much encouragement.

“You knew you couldn’t wait for things to happen because Meath would walk all over you if you did. We needed to make the things happen ourselves and I always had it in my head that I needed to ‘nail my man’ first - in other words, to get the retaliation in first.

“Meath would always respect that because they would give plenty of it.”

Another clever ploy was to curtail the influence of Meath full-back Jack Quinn, according to Gaughran.

“My role was to play the ball in low to the forwards, thus depriving Jack Quinn of his catching ability at full-back,” he said.

“Sometimes when he used to catch the ball, he’d drive out with it and inspire Meath, but we didn’t allow him to do that.”

Louth’s championship run was to end two-weeks after the memorable victory over the Royals, with Kevin Heffernan’s All-Ireland champions, Dublin, putting an end the Wee County’s championship dreams in Navan.

That was just one of many narrow defeats Louth suffered in that era, however, the 1975 heartache is that bit sorer seeing as Mulroy effectively had to plan for the Dublin game knowing a vital cog in his side’s engine-room was unfit for action.

A week after the Meath game, and seven-days prior to the Dublin clash, McParland suffered an achilles injury in a club championship match at Clan na Gael Park – a game which by all accounts should never have went ahead.

That, coupled with other disputes between the Louth County Board, left a sour taste.

“I remember around that time we had a bit of a tiff with the Louth County Board over a few different things and I suppose you could say we rebelled by buying ourselves red shorts and socks,” Toal remembers.

“Peader got injured playing a club game before we played Dublin and he was a great loss.

“But, I also remember one of the Dublin players saying to me after the match, ‘we watched you against Meath in Croke Park’, so the surprise factor was gone,” Toal believes.

The injured-party himself, McParland, reminiscences rather despondently about his injury.

“Cooley and the Blues played each other in the championship in the Clans the week in between and I remember one of the Blues players caught me accidently on the Achilles heel with about two or three minutes left.

“I worked hard all week and played against Dublin but had to be moved in full-forward because I wasn’t fit enough. It’s just an awful shame,” McParland said.

Gaughran rues Louth’s missed chances in that era with several close defeats preventing Mulroy’s charges from writing themselves into the history books. They were ‘bridesmaids’ to many times he concedes.

As such, the general consensus is that they had the ability to reach, and perhaps win, a Leinster Final.

But, while fate was unkind to them, they will always have the quarter-final of 1975 to look back fondly upon, with the defeat of Meath a firm highlight in the recent history of Louth GAA.

The only question that remains is, can the current crop replicate the ‘class of ‘75’?