Louth farmer nominated for National Farmer of the Year Awards 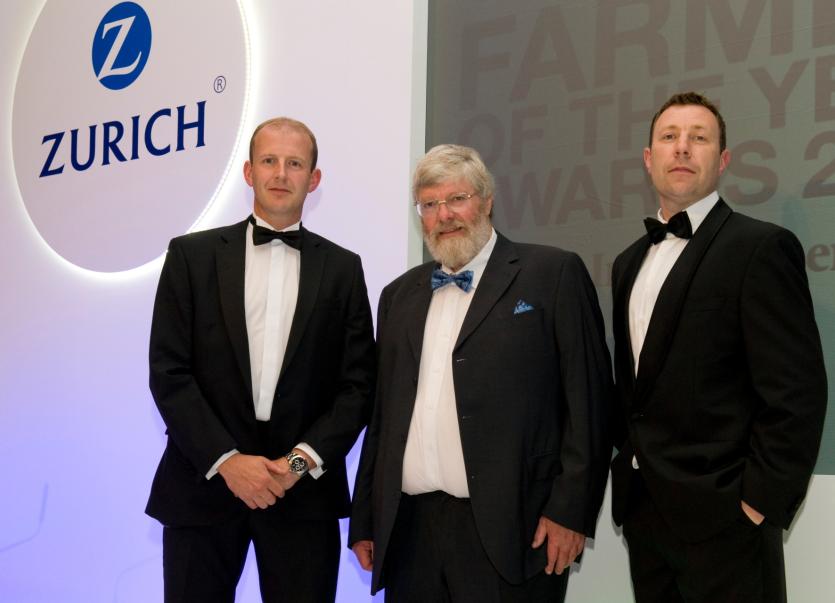 The Zurich Farm Insurance Farming Independent Farmer of the Year Awards, now in their fourth year, recognised excellence in all areas of the Irish farming industry, aiming to shine a light on one of the most successful and important sectors the Irish economy.

The Farmer of the Year Awards, sponsored by Zurich Insurance, featured six categories including Beef, Dairy, Tillage and Farm Safety. In addition, a special ‘Lifetime Achievement Award’ was awarded to Martin Ryan from Newport, Tipperary, and a Grand Prix Award was presented to Peter Hynes from Aherla, Cork, as overall Farmer of the Year. See winners list below.

Speaking at the awards, Declan O’Halloran, Head of Sales & for Zurich Insurance, “The Farmer of the Year Awards are designed to celebrate excellence across a wide range of farming categories and to reward Ireland’s farmers for their contribution to their communities and to society.

Andrew Workman was recognised as being amongst the best in the Tillage Farmer of the Year category and we’re proud to help recognise this accomplishment. On behalf of Zurich, Ireland’s fastest growing farm insurer and a title sponsor of this event, I would like to congratulate Andrew Workman on reaching this standard, as well as all of the winners and finalists of the 2017 Farmer of the Year Awards. These Awards are a celebration of their successes and a showcase of some of the world-class work carried out by Ireland’s farming community, and it’s great to see them becoming an annual highlight in the farming calendar.”

The title sponsor for the Awards for the 4th year is Zurich Insurance, one of the country’s leading farm insurers. Zurich Insurance provides the complete farm insurance solution including cover for Property, Livestock, Business Interruption, Liability, Agricultural Vehicles, Personal Accident and Farm Home.

Category sponsors for the Awards are the Health & Safety Authority, The ICMSA, The Irish Independent and Teagasc.