Margaret devoted her energies to her family 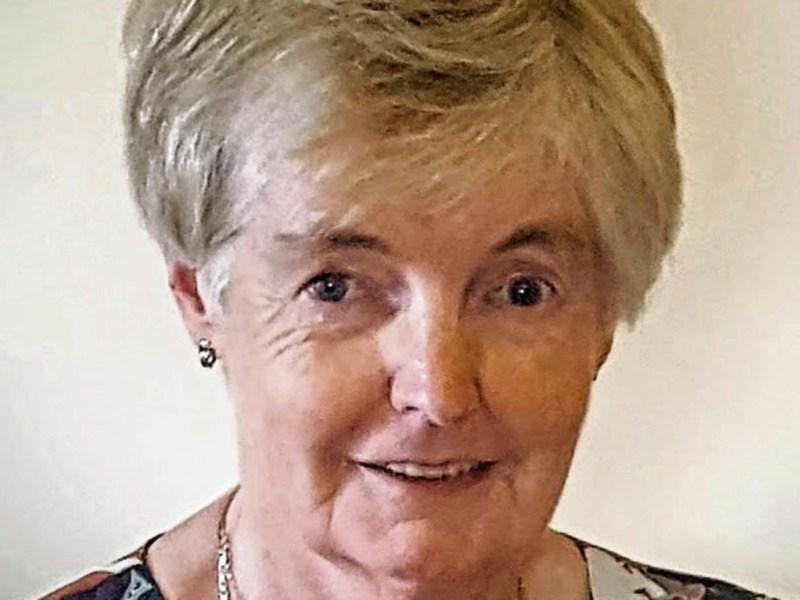 Margaret Sheridan, Árd Easmuinn, Dundalk, passed away peacefully on the morning of Monday, April 24th, in Our Lady of Lourdes Hospital, after a courageous 16 month battle with illness.

A native of Dundalk, Margaret was born in May 1943 to the late Packie and Alice Markey, St. Brigid’s Terrace (Happy Valley). She was educated in Realt na Mara primary school and St. Vincent’s secondary school. On finishing her education she started working in Melber’s Pork Butchers in Clanbrassil Street, a place she spoke of fondly, and where she made many lifelong friends.

During this time she met her husband to be, Patsy. They married on July 19th 1967 and during their long and happy marriage they were blessed with five children. Margaret devoted her life and energies to looking after her family, ensuring they had a happy and loving upbringing. She was delighted when each of her nine grandchildren were born, but heartbroken when her grandson, Oisín, passed away in 2010 at the age of two. But Oisín always remained part of her life and she regarded him as her own special saint. In the final days of her life, talking to him brought her a sense of calm and peace.

She loved nothing more than having the whole family together on various special occasions, Easter Sunday 2017 being the last such occasion.

Margaret had a deep faith, saying a litany of prayers every night, tailoring specific prayers to a list of people that she was praying for. She had a great devotion to St. Gerard and the Novena in honour of Our Lady of the Miraculous Medal. She was a lifelong member of the Pioneer Association, and she was a member of the Altar Society in the Holy Redeemer Church from its foundation, spending many hours with the other ladies preparing the church for all the religious ceremonies.

She was a skilled knitter and especially loved creating knitted clothes and blankets for her children and grandchildren. She also made blankets to be donated to children who had heart surgery in Crumlin Children’s Hospital. She was a renowned baker, her apple tarts and Christmas cakes and puddings were always in high demand. After reposing at her home, where the number of callers demonstrated the high regard in which Margaret was held, her remains were removed to the Church of the Holy Redeemer, on Wednesday 26th April, where her funeral Mass was celebrated by Fr. Paul Montague, assisted by Fr. Damien Quigley and Deacon Philip Carder. The beautiful music was provided by Anne Reilly and Rosemarie Kelly, who sang a number of Margaret’s favourite hymns. At the beginning of the Mass Margaret’s daughter Mairéad, gave a commentary on symbols representing Margaret’s life which were brought to the altar by her grandchildren Cormac, Eoin, Orlaith, Conn and Emer, and close family friend, Mary Elizabeth McCann. The readings were given by her sons, Páraic and Ciarán, prayers of the faithful were read by her granddaughters Clíona, Ava and Niamh and her sister, Ailís. Her sister, Maureen, and brother Tommy brought forward the gifts for the Offertory. Her husband, Patsy read a very moving reflection after Communion. On completion of the Funeral Liturgy, Margaret’s remains were taken to her place of rest in St. Fursey’s Cemetery, Haggardstown. Margaret will be deeply missed by her husband, Patsy, children, Páraic, Colm, Ciarán, Mairéad and Fintan, grandchildren, Cormac, Emer, Clíona, Eoin, Ava, Orlaith, Niamh and Conn, sisters Maureen and Ailís, brother Tommy, daughters-in-law Dana, Clodagh, Carmel, son-in-law Patrick, extended family, neighbours and friends.

The family are very grateful for the care and attention that Margaret received from the doctors, nurses and carers, and to the many friends who remembered her in their prayers, had Masses requested for her, and visited and supported her throughout her illness. They would also like to thank everyone who made a donation to the Jack and Jill Children’s Foundation in lieu of flowers. They were truly amazed at the generosity of all.

Margaret’s Months Mind Mass will be celebrated in the Church of the Holy Redeemer on Sunday 28th May at 11.30am.