Preparation underway for 'Crack the Rock' Triathlon in Blackrock 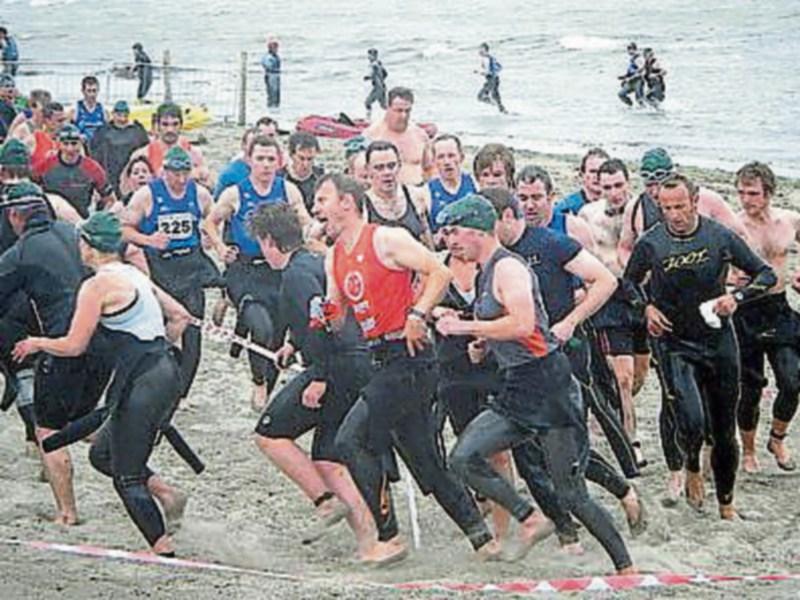 Now a popular fixture on the official triathlon calendar the Blackrock Triathlon Race is going from strength to strength.

The race has come a long way since its inception in 2004, leading then to the birth of the popular Setanta Triathlon club later that year.

The club now run annually, 3 duathlon races (The Sportsman Duathlon series), Blackrock Triathlon, Carlingford 'Land of Legends' Triathlon and The New Year's day 'Up and over' mountain run. Currently boasting 60 active members who compete all over Ireland and worldwide the Club supports its members to achieve their goals.

Two local entrants of this years race are Veronica Leiva and Alan Conlon.

As part of our special series of interviews you can follow their journey towards their goal to ‘Crack the Rock’.

This is your second time competing in Blackrock having completed last years’ race...

“Yes, this will be my second time doing Blackrock actually, life circumstances affected my training badly in the last 2/3 months so I'm facing it again with a beginners' frame of mind! I choose it because it's local, on the roads I know so well and it's also organised by Setanta Triathlon Club.

Tell us about your training in preparation for the event...

“A good week for me would consist of two intense spinning classes. I swim three to four times per week, one or two long distance bike spins in groups and I jog/run twice, at the moment just 3km but going up to 5-7km next week.”

“I was a smoker weighing 16st-17st during my twenties and after reaching my 30s, I knew things had to change. I wanted to feel healthy and fit. I quit smoking and joined WeightWatchers.

“To help weight loss, I tried to reconnect with my childhood sport: swimming and I took a beginners running course for women in Dublin. I moved to Dundalk and bought myself a bike and became part of Cuchulainn Cycling Club - best decision ever! After losing over four stone, I decided to try triathlon just for the challenge!”

Favourite discipline and why?

“Swimming. Cycling doesn't come far though! I have lots of memories as a child/teenager swimming for hours in the pool or the sea during summers with friends and family. Plus water gives me a sense of peace.

Least favoured discipline and why?

Running. I hate it! There's no fun in it, no adrenaline. I find it boring and I'm constantly having issues with my ankles because of it...but hoping to learn to like it some day!”

Is the plan to take in more events during the summer?

“Yes. Two other sprint triathlons at least would be great. And if I ever get to run 10km, I'd love to attempt an Olympic distance triathlon - Carlingford for example, but I doubt it will be this summer.”

This is your second time competing in Blackrock having completed last years race...

“Yes, I'm hoping to improve on my bike and run this year and hopefully my experience since last year will help. It was a fantastic local race, very well organised and plenty of support and looking forward to the challenge again.

Tell us about your training in preparation for the event.....

“I've sought out swimming lessons this year to help improve my swimming times. I found the lessons have brought about a huge improvement in me: I've also been following a programme for the Dublin 70.3 which has given me a good structure.

“I recently joined Setanta Tri Club this and I'm hoping with their help and advice, I can improve further.”

“A friend of mine challenged me to a race in the Setanta Duathlon Series last year.

“I had never done anything like it before. I won the challenge and that gave me the appetite to try triathlon and now I'm hooked.”

Favourite discipline and why?

“My favourite discipline is the run leg. That's where I feel I'm strongest.”

Least favoured discipline and why?

“My least favourite is the bike leg when it's on a very hilly course.”

Is the plan to take in more events during the summer?

“My plan this summer is to take on a few different sprint and Olympic distance races with my ultimate goal completing the Dublin 70.3 in August.”

The Blackrock triathlon is run over the 'Sprint' distance - which entails a 750 metre swim, 20k bike and 5k run. You can follow all the news before the race on the Setanta Triathlon Club Facebook Page. You can also register online at - https://register.primoevents.com/ps/event/SprintTriathlon