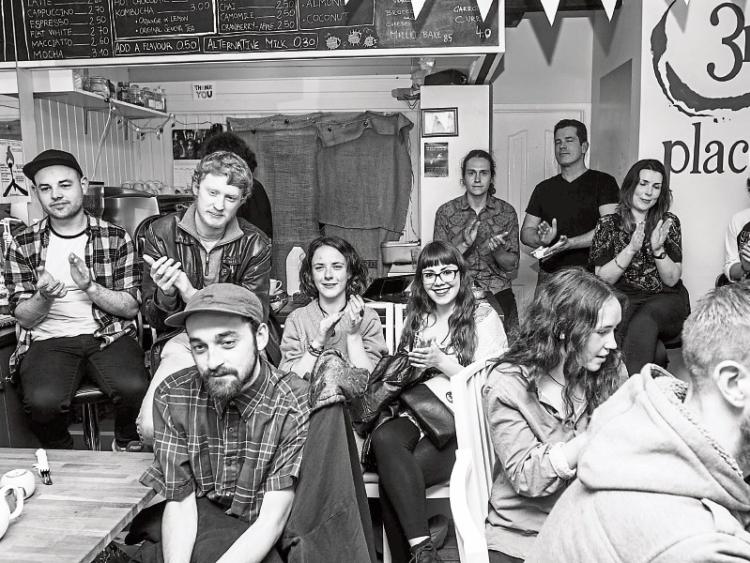 M'anam - a local group hoping to promote personal passion projects - had its premier event recently in the 3rd Place on Market Square in Dundalk, with the cafe decorated with candles, bunting and homemade creations.

There was a smell of warm cake and delicious coffee and there was a warm and intimate atmosphere which made questions and discussions a lot easier.

It kicked off at 7.40 pm with a speech from co-ordinator, Jonathan Fahy, about M’anam and the committee’s aims; to make a positive impact on the community of Dundalk.

Everyone who came was extremely awed by the three speakers who really had a contagious passion for the subjects they were discussing.

Andrew McArdle discussed 'Mountain Biking', how he almost made it a career and how it motivates him, week by week, as his energy release and downtime.

He had a PowerPoint presentation which showed off the colours, the equipment and the skill needed.

He also showed a video at the end which demonstrated the rush that mountain biking brings.

The audience was also informed that he loved introducing people to this passion and he invited people, with a lend of his equipment, to give it a shot!

She has featured, and won, competitions on both national and international levels, which is evident from her exceptional playing. Lauren performed pieces, written from the 1940’s and pieces performed as part of her examinations for her BA in Applied Music.

The parts of the piano accordion were explained and she demonstrated how they function.

Then there was a break in the evening’s proceedings allowing people to top up their coffees and for anyone to talk to the speakers.

There was a great atmosphere of enthusiasm from the audience following the presentations they’d seen, so far. They we’re an extremely encouraging and receptive crowd. The night’s proceedings then reopened with another introduction from Jonathan, who discussed the role of the committee and the opportunity for the public to make suggestions and nominate speakers for future events.

Ollie, with a vast knowledge of martial arts, spoke of his experiences training in Bagua and Muay Thai, among other disciplines, and the importance of remaining focused and grounded versus the potential of violent actions. He discussed his training in Thailand and how he has grown in his training and in his attitude towards martial arts.

Interesting questions we’re asked in relation to protecting the body from injury and how Ollie advises people on protecting themselves in uncomfortable situations. It was extremely enlightening to hear about the different techniques which he demonstrated on various members of the crowd.

As the event wrapped up there was a feeling of excitement from all of the attendees. They felt they learned so much and would keep their eyes open for the next event. Rumour has it there was a bottle of champagne opened at a party afterwards which went on until the early hours.

If you would be interested in talking at a future event please email manamcommunity@gmail.com or send them a message on Facebook. Also keep an eye on the Facebook page for future 'Passing Passions' and 'M'anam' events!