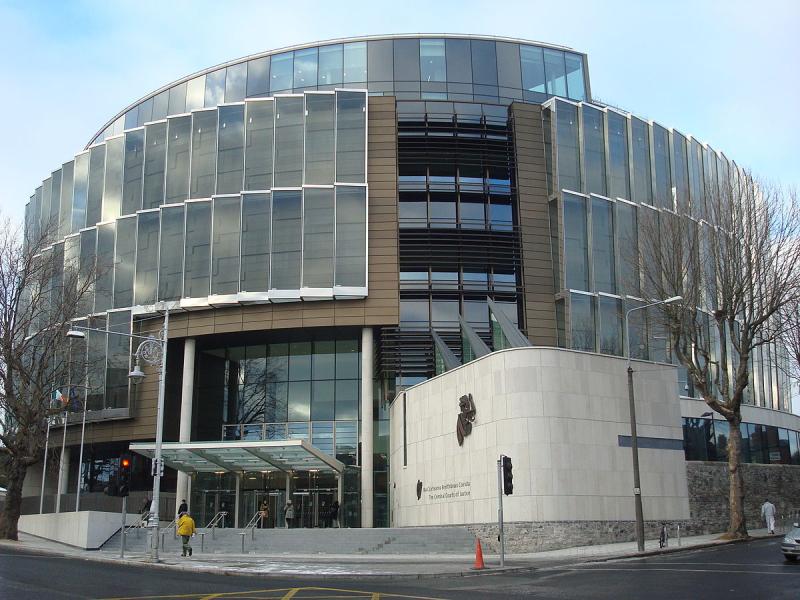 A man jailed for killing a man he hit with one punch has had his jail term cut from six years to four.

Charles Hutchinson (34), with an address at Barton park, Dundalk had pleaded not guilty to the unlawful killing of Lawrence 'Michael' McGeown (60) who died on March 6, 2014, six days after an incident at Fagan's pub, Dundalk.

He was found guilty by a jury at Dundalk Circuit Criminal Court and sentenced to seven years imprisonment with the final year suspended by Judge Terence O'Sullivan on February 8, 2016.

Hutchinson successfully appealed his sentence with the Court of Appeal holding that the extent to which his previous conviction for a section 3 assault increased the headline sentence was an error. He was accordingly resentenced to five years imprisonment with the final year suspended.

Giving judgment in the Court of Appeal, Mr Justice Alan Mahon said Hutchinson struck the deceased with a single punch to the side of the head on February 28, 2014.

An eyewitness described the punch as not being of particular force and medical reports stated that the deceased had a number of health issues at the time.

Mr McGeown, a grandfather, was assessed and released from medical care. He went home and proceeded to go to work on March 1 and 2. On March 3, he was found unconscious in his home and died without regaining consciousness some three days later.

Mr McGeown had not provoked Hutchinson and there was no possible justification for the assault, Mr Justice Mahon said. The deceased was in his early 60s while Hutchinson was a much younger and fitter man.

He was 34, he had a son from a previous relationship. He had a significant alcohol addiction problem and poor employment history.

The sentencing judge viewed the offence as falling on the lower end of the scale stating that the sentence would be in the region of three years. However, the sentencing judge went on to consider what he called “another aspect to the this case” referring to Hutchinson's previous convictions particularly his conviction for assault casuing harm.

Mr Justice Mahon said this was a one punch case but “this somewhat glib description” should not take away from the seriousness of the offence or its consequences.

According to Professor O'Malley, the legal academic, this type of offence may fall on either side of the custodial threshold, Mr Justice Mahon said.

When death is caused primarily by falling against the pavement, on a guilty plea, the starting point would be 12 months though a non custodial sentence might be appropriate, Professor O'Malley says in his book, Mr Justice Mahon said.

Mr Justice Mahon said the Court of Appeal was in general agreement with the sentencing judge that an appropriate sentence, absent the significant aggravating factor of the previous conviction, would be between three and five years. The Director of Public Prosecutions did not take issue with that, the judge said.

Mr Justice Mahon, who sat with Mr Justice George Birmingham and Mr Justice John Edwards, said the Court of Appeal had been presented with a number of certificates of achievement showing the significant and impressive efforts made by Hutchinson while in prison.

In recognition of this and in order to incentivise further rehabilitation, the court suspended the final 12 months leaving him with a sentence of five years imprisonment with the final year suspended.