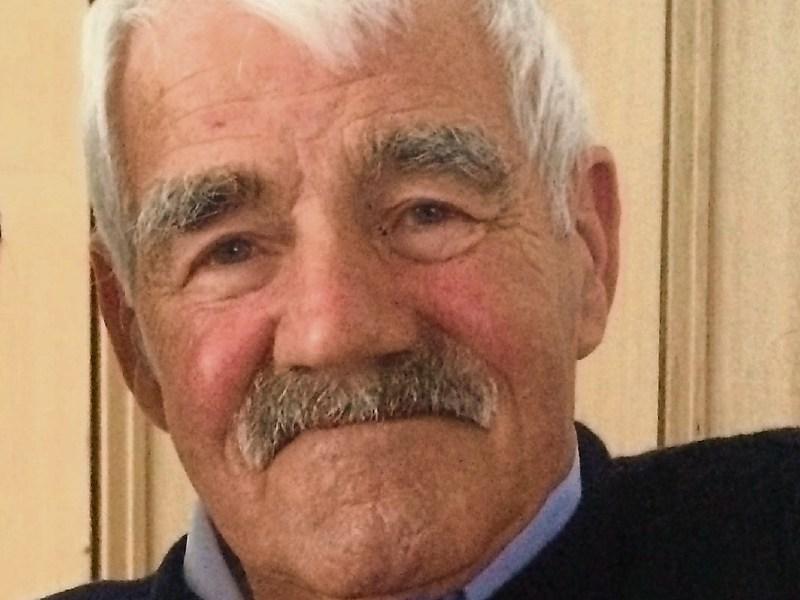 The death has occurred of Noel Grant of Cedarwood, suddenly on Tuesday 11th April 2017.

From a very young age Noel had a great interest in nature, particularly birds. He caught his first pigeon at the age of seven and this started what became one of his life long passions.

Noel attended De La Salle school and when he left school at the age of fourteen, he began working in a local garden centre. He then worked in England as a window cleaner and returned to Ireland and found work as a labourer.

In 1961 he met the love of his life May (nee Farrell) at a dance in the Town Hall. After a short stint working in the UK, Noel and May returned and married in 1964 and soon after had their first of five daughters Sharon.

In 1968 Noel and May became one of the first residents of the newly built Coxes Demesne housing estate where they developed life-long friendships with their neighbours. Noel was always willing to lend a hand to anyone in need.

In 1972 Noel was a founding member of the North End Pigeon Club in Dundalk and became an instrumental member of the pigeon racing scene in Dundalk, winning many accolades over the years and was still an active member right up until the end.

If anyone found an injured bird in the vicinity, Noel was the man to go to every time. He was also very skilled with hands and could turn his hand to almost anything.

He was a skilled painter and decorator, quite the perfectionist and he always said “If you are going to do a job, do it right!”. He took great pride in his home and his garden and both were always in immaculate order. In his later years’ Noel suffered from ill health and wasn’t able to do the work he loved to do.

He then devoted his time to his grandchildren, in particular Josh who was the son he never had. He took immense pleasure in teaching Josh about nature, especially birds. He loved to take him for walks into town and proudly told everyone how much he meant to him, later when Josh’s siblings came along he did the same with Holly and Isabella. Noel was always a very active man, he could always be seen cycling everywhere.

Whilst rehabilitating from open heart surgery he began walking instead of cycling in the evenings with his great friend Pat Brady. They continued their walking five out seven evenings right up until his untimely death. In the last five years of his life, Noel joined a group of local activists protesting against Water charges.

He protested every Friday afternoon at the square until a year or two ago. He was delighted when the government announced just a few weeks ago that they were scrapping the water charges.

With his activist friends he did the annual Simon Community sleep out much to worry of his family but Noel always wanted to help. He was blessed to have so made so many friends through his life and this was brings such comfort to his family.

He will be fondly remembered as the wee friendly man with the white hair on the bike to all who knew him.

After reposing at his home, Noel’s remains were taken to the Church of the Holy Redeemer where the funeral liturgy was celebrated by Fr. Paul Montague. The symbols of Noel’s life – his pigeon clock, walking stick and picture of his grandchildren were presented by daughters, Sharon and Felicity and grandson Josh. The readings were given by daughters Cathy and Noelle, prayers of the intercession were read by daughter Julie, son in law Mark and grandson Josh. Music was provided by Olivia and Roisin Crawley. Burial took place afterwards in St. Mary’s Cemetery, Knockbridge.

Noel’s Months Mind Mass will celebrated on Saturday 13th May at 7.30pm in the Church of the Holy Redeemer, Ard Easmuinn, Dundalk.