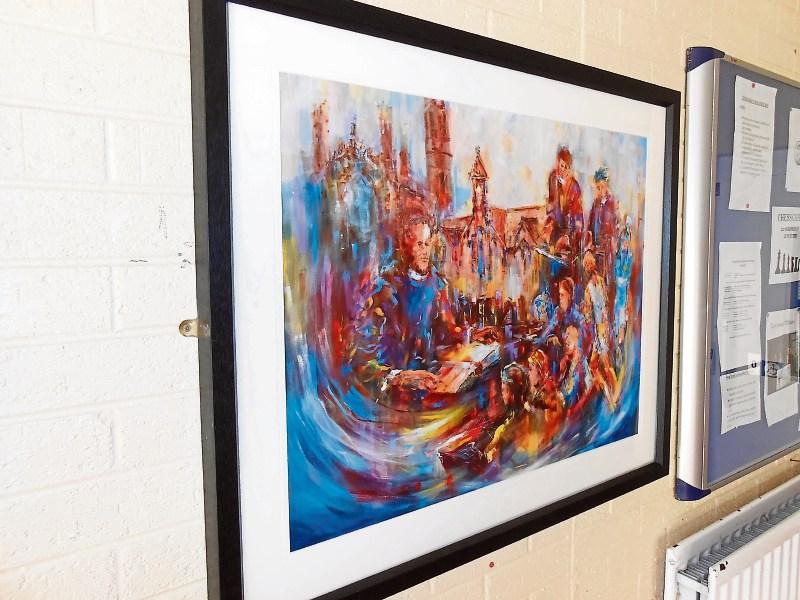 Coláiste Rís will host an exhibition of the art of the late Jim Kinch, the Dundalk-born artist who died in Australia last October.

Kinch was a past pupil of CBS Dundalk and shortly before his death renewed his connection when the school commissioned a special work, through the approaches of Fergus McArdle and Celli O’Donoghue, to mark the 150th anniversary of the coming of the Christian Brothers to Dundalk in 1869.

The picture entitled ‘One hundred and fifty years of education in Dundalk’ will be officially unveiled during the exhibition.

Even though Jim Kinch moved with his family to Australia in the early seventies his roots in Dundalk ran deep.

A native of St. Joseph’s Park he studied at the Dundalk Technical College and worked in the pattern room in Hallidays’ shoe factory.

While he studied art with the Belfast painter Hugh McCormick he claimed to be a self-taught artist.

His style is said to be ‘contemporary impressionism with a dash of expressionism’ and is heavily influenced by artist like Jack Yeats,

He once described himself as a ‘painter of action, painting flight not feathers’.

Kinch was a founder member of the Dundalk Art Forum.

The exhibition will be opened on May 11th. in Coláiste Rís by Jim Kinch’s wife Marie, who is travelling from Australia especially for the event. It is expected that up to 30 pieces of Kinch’s work will be on display which will be gathered from various galleries throughout the country as well as works brought from Australia especially for the occasion..

The exhibition will begin at 7.30 p.m. and will close on the evening of May 13th.

The exhibition will be open to everyone.