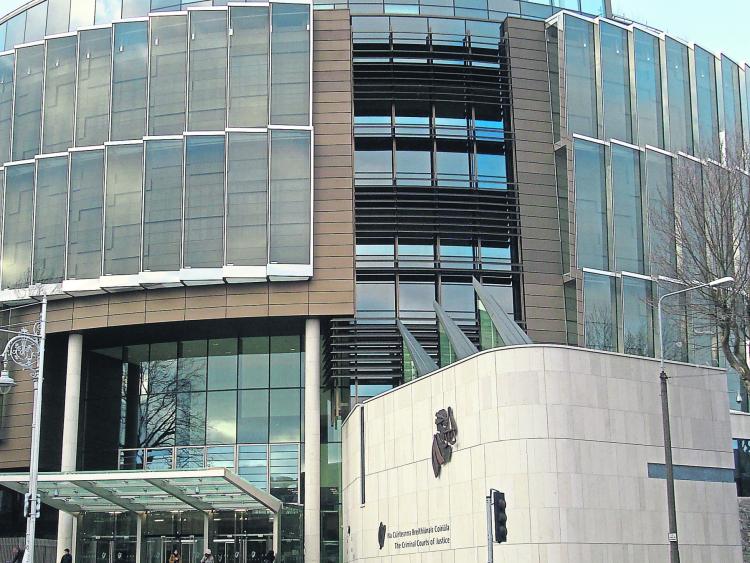 THE grief-stricken sister of a young mother who was savagely stabbed to death by her violent ex-partner has called for greater legal protection for women in abusive relationships.

Lisa Finnegan also urged other women in similar relationships to speak out and seek protection before it’s too late.

She was speaking outside court after Vesel Jahiri was sentenced to life imprisonment for killing her sister Anna Finnegan one month after the deceased had sought shelter at a women’s refuge.

Speaking to reporters on the steps of the Central Criminal Court, Dublin, today (MONDAY), Lisa Finnegan said: “Don’t be afraid. I know the fear Anna was in. She was petrified to come forward.

“But when she did, she was so relieved that she did.”

“It was tragic what happened,” she added. “And we’re hoping that some kind of law will be changed so that women are protected the second they decide to come forward and speak out against the violence that’s been rained down on them.

“We’re hoping somebody is listening to this and will make some move to make it safe for young women to come forward.”

He has also pleaded not guilty to assaulting Anna’s brother Karl Finnegan, causing him harm, at the same place on the same date.

But last month a jury found Jahiri, who is originally from Kosovo, guilty on both counts.

During the trial, Jahiri assaulted prosecution lawyer Patrick Marrinan SC in front of the jury after dismissing his legal team and deciding to represent himself.

Prior to Lisa Finnegan giving a victim impact statement, Jahiri asked to be removed from the court, telling the trial judge, Mr Justice Paul Coffey, that he “didn’t want to listen to him (Mr Marrinan). I will come back when he’s finished.”

After Jahiri left the dock, Lisa Finnegan took the stand.

The grieving woman told the court that her “mind has never recovered” after her sister, whom she described as an “angel” and “an amazing mother”, was “murdered in such a savage and terrifying manner” by “a monster”.

And she told how she and her family lived in “terror” as they waited on the killer – who had fled the country during a previous trial for the same charge – being apprehended and brought to justice.

She said: ”Anna told me the night before she was murdered some of the physical and mental torture which had been rained down on her poor little body and already exhausted mind.

“As Ann and I never got to finish our chat, I’m now left with despicable and torturous imaginings of what her short adult life had entailed. On that fatal night when my brother Karl was also attacked and assaulted by this monster I, moments after the attack, was told he would be down for myself and my children.”

“Instant terror entered our lives until he was eventually found,” she added. “Then pure terror again while he was on bail, and after he absconded I barely left my home or left my children’s side. Sleep was a thing of the past. I was a prisoner in my own home, always ready to defend myself or my family.

“I couldn’t see Anna’s babies for fear that we were being watched, which we knew he did on Anna so many times.

“Our lives have mostly been a living hell for the past four-and-a-half year.

“The only possible way we could ever begin to move on and try to be happy again is knowing we are safe for the longest possible time.

“We hope and pray the court will consider the fear we endured.

“The shocking and violent behaviour displayed to us all makes me sadly understand even more how scared she was of him.

“He took an angel that night. A wonderful, loving, kind, selfless soul. An amazing mother and best sister and friend.

Anna Finnegan’s brother Karl Finnegan, who was stabbed moments before Jahiri fatally attacked his estranged partner, told the court that his sister was “his rock” and that “no words” could describe the “hole in my life now that she’s gone”.

Mr Finnegan added: “She was such a gentle soul, a doting and devoted mother,” adding that her children had been “robbed of their gentle and loving mammy”.

Earlier, Detective Garda Bernard Connaughton agreed with prosecution counsel Patrick Marrinan that Anna Finnegan was forced to flee to a women’s refuge due to the level of physical and emotional abuse she was being subjected to by the accused.

Det Gda Connaughton also agreed with counsel that social workers had placed Anna “at the highest level in relation to her safety”.

Describing the events immediately prior to the fatal stabbing, Mr Marrinan said Jahiri had kicked in the door at the house where Anna Finnegan had been living with her brother.

He added: “The accused moved quickly from the front door. He had a knife in his hands and he stabbed Carl Finnegan. At that stage, Carl Finnegan felt weak and Anna Finnegan ran from the kitchen.”

“Anna Finnegan,” he added “ran to the neighbours for help but collapsed on the pavement and it was apparent she had suffered a deep stab wound that led to her death”.

Mr Marrinan added that Anna Finnegan later pointed at the accused as she lay dying in the James Connolly Memorial Hospital, Dublin, and said: “He did it.”