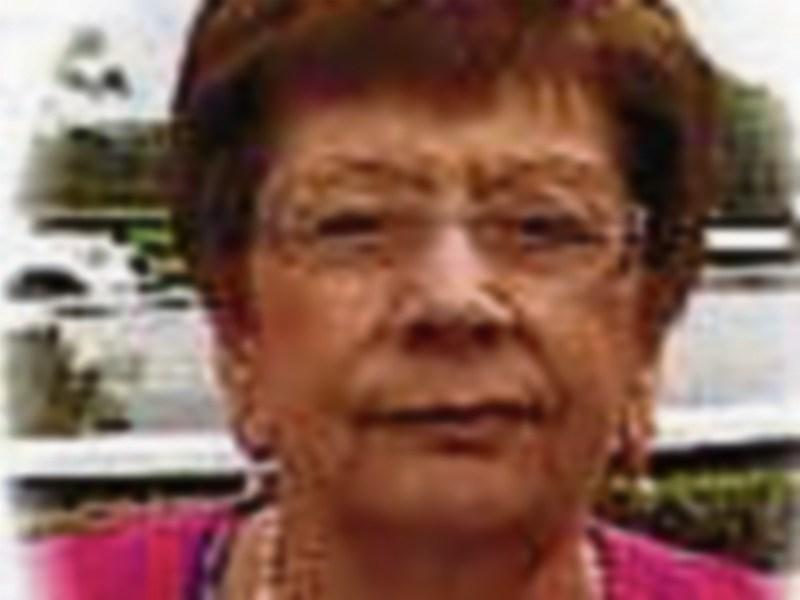 Maureen sadly passed away on January 19, 2017, in Our Lady of Lourdes hospital after a short battle with illness.

A native of Dundalk, Maureen was born in 1943 to the late Jim and Mary McCrave, who reared their family in Moorland, Lisdoo.

After her time in education, she worked in PJ Carrolls. It was during this period of her life that she met Matt.

They married in December 1965, and set up home on Commons Cross, Dromiskin, and had their first child Sharon.

Four years later, they moved to Seafield Lawns and had their second child Damien.

Maureen enjoyed the simple things in life, such as cooking, knitting and chatting with friends and family.

She loved chatting and recounting stories from her childhood, and had a great memory for dates and details of key events from the past.

Family was central to Maureen’s being. She dearly loved her husband Matt and was devoted to her children.

Her life for the past 14 years revolved around her grandchildren. She loved collecting them from school, helping with homework and having the craic with them.

Maureen got involved in volunteering in St. Joseph’s National School on behalf of her grandchildren.

She helped out at annual flag days, reading mornings, and whenever help was required, she was always willing to be there.

Maureen enjoyed learning new skills, and in recent years up-skilled and learned how to use the internet.

In September, 2015, she received the devastating news that she had cancer, which she battled with courage and determination.

Thankfully, she recovered well, only for the illness to return in December, 2016. Nonetheless, she remained in upbeat, chatty form until the very end.

Her funeral took place on January 23, 2017, in the Holy Family Church, and burial took place afterwards in St. Patrick’s Cemetery.