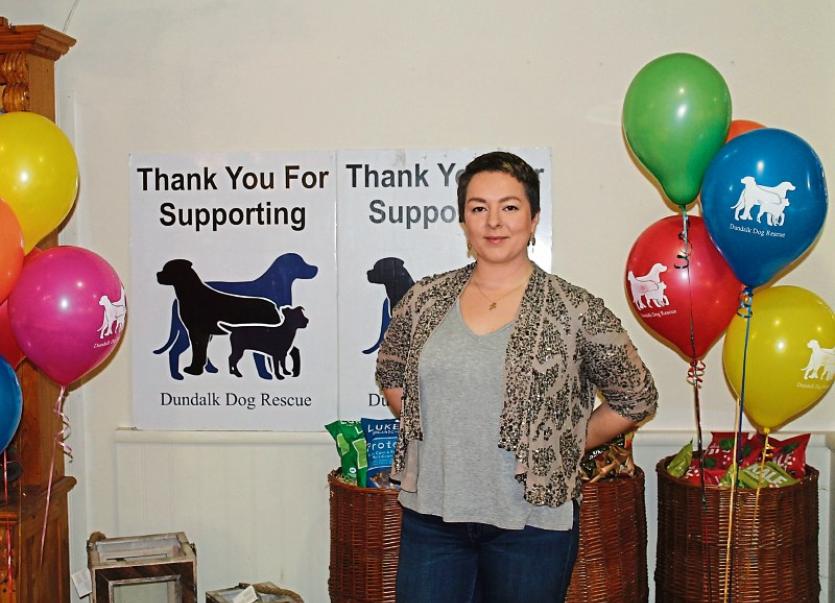 However the charity now face a challenge to source funding for this ambitious plan which could make Louth Ireland's best county when it comes to animal welfare.

The charity need to raise somewhere in the region of €190,000 to build the complex on their site on the Dublin Road.

Louth County Council generously stepped in to give the charity a long term lease on the site, and they received other supports by way of free legal advice and in the buildings design.

Edel of DDR spoke of huge financial costs involved presently just to give the dogs they have shelter, with the charity currently spending €1,700 per week to a private kennel.

National blogger and social media star Rosemary MacCabe attended the event as keynote speaker. MacCabe informed guests about the reality of dog welfare in Ireland and the severity of puppy farming, highlighting the fact Ireland is “currently the puppy-farm capital of Europe”.

Bobby Wain, a member of the team highlighted the value of the Rescue since its origins, saying: “When we were set up 73% of all dogs going into our local pound did not come out alive. Through the hard work of our dedicated volunteers this has now dropped to 9%.” The charity is hoping to reduce this number further with their new premises.

The stakes are high for the charity, but they believe with the help of Dundalk business people and the public, that they can achieve their goal.

Last year alone they 747 dogs passed through their system and they hope to increase that number when the centre is eventually built.

The centre will include an infirmary, isolation units, a dog grooming room, a medical inspection room, puppy kennels, laundry room and an onsite living area for volunteers.

And of course it also includes 40 kennels.

By their own admission the centre won't be as high tech and "flashy" as some of the international charities dog centres are, but importantly it will allow for a sustainable home for abandoned and abused dogs of Louth.

And Dundalk Dog Rescue really do make a difference. Before they were founded, the 'put to sleep rate' in Louth for dogs was 73 per cent.

Now it has been lowered to 9 per cent, one of the best in the country.

If you would like to donate and get involved in this amazing project, you can contact info@dundalkdogrescue.ie for information on their donation packages.