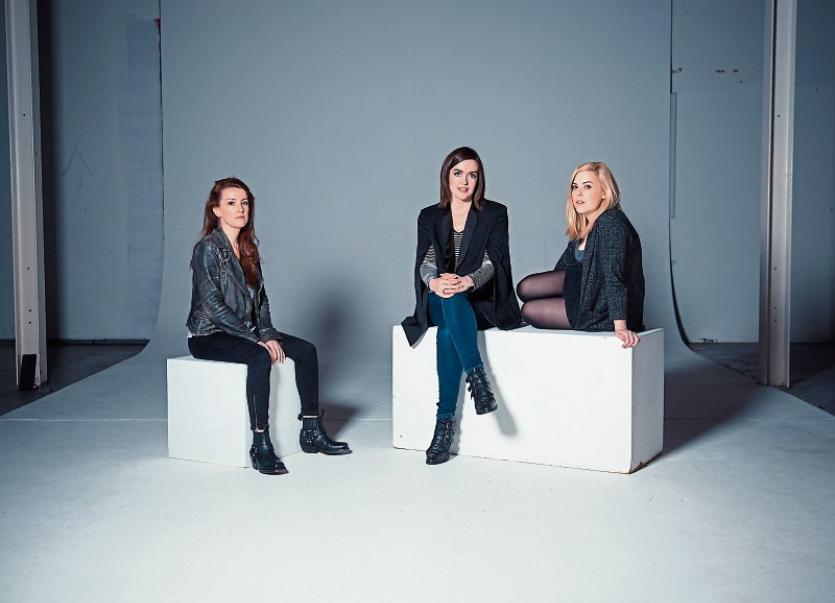 Local actor Aoibhéann McCann is getting ready for yet another turn on a Dublin stage, this time with Red Bear Productions’ ‘Harder, Faster, More’ at Project Arts Centre, Temple Bar and The Civic Theatre, Tallaght.

After studying at NUI Maynooth, she trained as an actor at the prestigious Oxford School of Drama and worked in London as an actor for two years before moving home in 2014 and she hasn’t looked back, enjoying a busy career as an actor and voice artist in the Emerald Isle.

She has worked extensively in theatre, film and television in the last few years and you might recognise Aoibheann as the official voice of Celebrity Masterchef on TV3 or from the Eir and Woodie's TV, radio and online campaigns, among other brands. We caught up with the actor and voice coach this week for a roundup of all things theatre….

Q: Tell us a little bit about your background?

A: I grew up in Glenmore, Riverstown and attended Mullaghbuoy National School. I’m one of eight children. I attended St Vincent's School, Dundalk where I also did Speech & Drama with Patricia Reynolds. I got a degree in French & Sociology from Maynooth and then trained as an actor at The Oxford School of Drama.

Q: What inspired you to go into acting?

A: I didn’t dream endlessly about being an actor, as a child. I just really loved acting and performing in feises and the like. I didn’t fantasize but whilst I was at the Drama Society in Maynooth it clicked one day – I LOVE this so much and I have to give it a shot so I auditioned for drama school.

Q: How did you feel heading off to London to study Drama at Oxford?

A: I was so nervous but very excited and honoured because it was my number choice of school. They have an incredible reputation and a very successful alumni so I was mostly ecstatic to be accepted. Drama school is full-on but Oxford prepared me to be a professional actor and also to survive the industry. It was so worth the move and the effort.

Q: Tell us a little bit about ‘Harder Faster More’?

A: This show is such a joy. Each of us play at least four characters each and they are so different and so ‘real’. You get to witness the conversations these women and men have in private – the difficulties, the comedy and the elation. From the confused sex chat line worker and her mother to the film producer chatting with Costume Dept about ‘sexing up’ the female lead. They are stories about the lives of women in the film world and in the ‘real world. An unmissable insight into their lives. Mostly it is hilarious but dark. I think it’s a great piece of writing and the other girls Clare Monnelly and Charlene Gleeson are recognizable TV actors so their acting calibre is something else! They’re such wonderful women to act with.

Q: Why should someone travel down from Louth to see ‘Harder Faster More’?

A: First of all, the show is 80 minutes without an interval so it finishes before 9pm, making it easy to get back via public transport. It is a fun and worthwhile evening out with friends, leaving room for some dinner and drinks perhaps?

Q: What do you think about the arts scene in Louth?

A: Louth may be the ‘wee county’ but it is brimming with talent. I am constantly in awe of the talent of Louth artists, what with institutions like Bridge Street Studios and the work that Paul Hayes is doing at An Táin Arts Centre. The local Musical Societies are an incredible force and their shows are so loved and so well executed. Dundalk is the home of so much wonderful music too with young artists like David Keenan emerging as the leading singer-songwriters of Ireland and Cooley-based musicians John Mc Intyre and Zoe Conway working both nationally and internationally – to mention only a few of the inspiring music-makers we have. It’s a very supportive scene and leading the way across the board.

Q: What’s the best thing about working in the arts?

The best thing would have to be the getting up on stage and telling a story but I also adore the community of people who work so tirelessly to make and celebrate and sometimes fail – they’re hard workers.

Q: What’s next for Aoibheann?

A: I will be embarking on a summer long project here in Dublin but unfortunately I can’t talk about it until the theatre in question makes their official programme announcement. It is an exciting time though and I can let you know I certainly will.