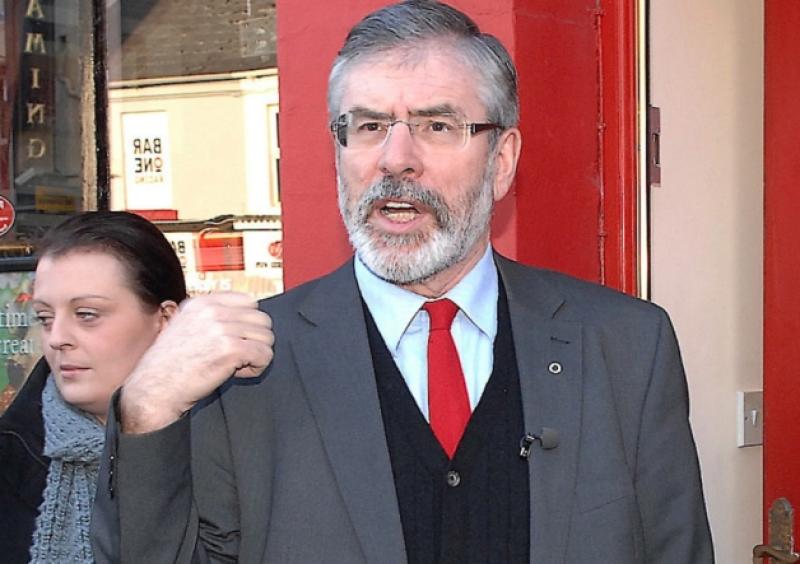 Writing in his weekly column for the Belfast Media Group, Sinn Féin President and Louth TD Gerry Adams outlines the background and context of the killing of Garda Officer, Tony Golden; the grievous wounding of Siobhán Phillips, and the suicide of Crevan Mackin in October 2015.

The Sinn Féin leader describes how he received “anonymously to my office in the Dáil a copy of the Statement of Charges relating to the arrest in January of that year of Mackin. The detail contained within the document raised serious and fundamental questions about the role of elements of An Garda Síochána in the circumstances surrounding Mackin’s arrest in January 2015, their relationship with him subsequently, and the multiple shooting in Omeath”.

Gerry Adams immediately contacted the office of the Minister for Justice, Frances Fitzgerald, and then wrote to both her and An Taoiseach providing them with a copy of the Book of Statements and setting out his concerns. He describes the response of both as “unsatisfactory. I have never received any indication that the government was taking this matter seriously.”

Since October 2015, Gerry Adams has written to the Minister for Justice eight times and to the Taoiseach four times. He also handed over all of the information to the Garda Officer in charge of the investigation. And when it appeared that the government was not taking this matter seriously he made a formal complaint to the Garda Ombudsman.

“Crevan Mackin was an individual with known serious mental health issues. Despite having admitted possession of weapons and explosives he was not charged with these but with– membership – an accusation he consistently denied. All of the available information indicates that some in the Gardaí – in particular the Special Detective Unit - were aware that Mackin was still in possession of other handguns, including two Glock handguns. It was a Glock that Mackin used in the Omeath shooting.”

The Louth TD also raises the treatment by An Garda Síochána of Siobhan Phillips – a victim of serious and repeated physical abuse by her partner.

“When the family sought to make a complaint at Dundalk station they were refused. Why? What protocols are in place with An Garda Síochána for dealing with victims of domestic violence? Clearly the treatment of Siobhán Phillips is evidence that any protocols that might exist are inadequate. It is worth noting in this regard that only two weeks ago the Garda Commissioner was forced to admit that the Garda’s statistics on murder and domestic violence may be wrong and that it is now re-examining all of its statistics.”

“The family of Siobhan Phillips have called for an independent inquiry to examine all of the facts around this case. I support them in this. In light of the attitude of An Garda Síochána when Siobhan Phillips presented to them the evidence of her abuse there is also a need for an urgent review of Garda protocols for dealing with domestic violence, the treatment officers receive and the resources available to them.”