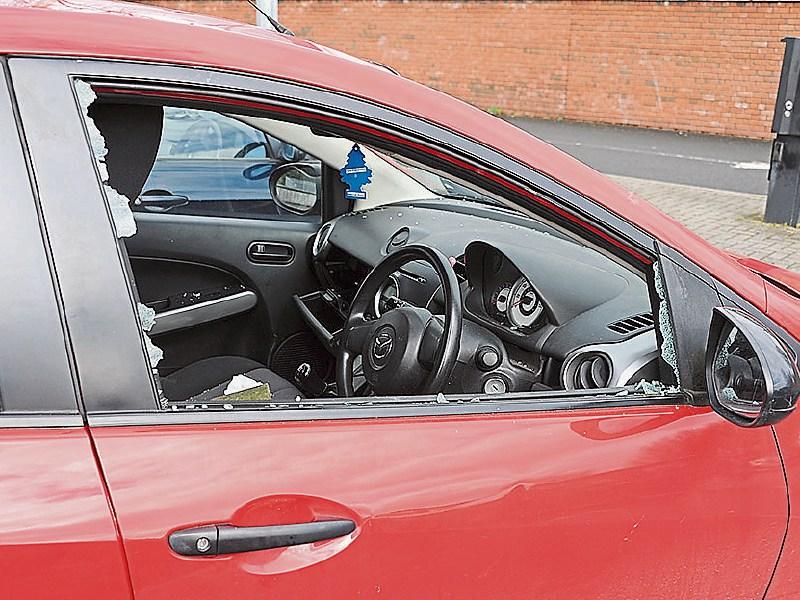 The security of the day car park on the Ramparts Road in Dundalk has once again been called into question after another car owner has become the victim of wanton vandalism.

The car, which has a Northern Irish registration plate had it's window smashed in this week. The driver's side window of the red Mazda, and you can clearly see the brick that was presumably used in the act.

The car has yet to be claimed by its owner and may well be abandoned. However a number of cars have been damaged in similiar incidents in the Louth County Council run car park.

Louth County Council told the Democrat: “There are no plans for additional CCTV, but the Traffic Wardens will increase the frequency of their inspections of the car park, which may act as a deterrent to this type of activity. Criminal issues such as this are a matter for the Gardai.”