Is this Ardee teacher Ireland's longest-serving? 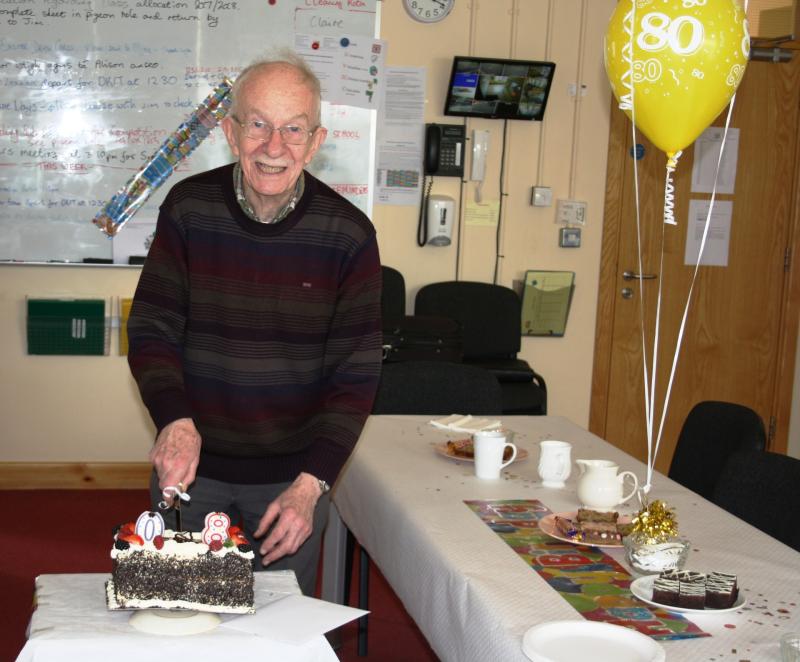 Primary school teacher Mr Bartle Woods celebrated his 80th birthday this week and he is still teaching a new generation of Ardee boys.

Principal Mr Jim McGee reckons that Bartle is the longest-serving teacher in Ireland and a record breaker. Staff gathered last week in Monastery National School, Ardee to celebrate the birthday of their colleague Bartle.

He started teaching in Monastery NS 39 years ago on September 1st, 1978 with a class of 44 fifth class pupils. Liam Hennessy was the new principal at the time and was beginning to develop a distinctive culture and ethos for the school.

He brought a “child-centred approach” to the classroom long before this concept was in vogue. He was appointed Deputy Principal in 1992 and also acting principal in 1993. In 2002 Bartle decided to officially retire at the tender age of 65! However that wasn’t the end of teaching for this energetic man.

Bartle continued his long standing practice of teaching traditional music to Monastery NS pupils which continues to this day. He tutors our boys in tin whistle and accompanies them on the fiddle at key school events such as Confirmation, Green Flag ceremonies, School Concerts and much more. Indeed Bartle has only missed two Confirmation ceremonies in 39 years and has performed with his group of boys for Cardinal Tomás O Fiaich, Cardinal Cathal Daly, Cardinal Seán Brady, Bishop Gerard Clifford, Monsignor Jim Carroll, Monsignor Eugene Sweeney and Archbishop Eamonn Martin.

He was also a prolific athlete in his day and often ended the school day by running numerous laps of the school field! He continues to coordinate the long jump during the school Sports Day in June each year.

Bartle also continues his great tradition of teaching tin whistle every Thursday at Monastery NS and looks forward to his cup of tea after school with his good friend and colleague Dermot McCreanor. Retired colleagues also drop into Monastery NS on Thursdays to meet Bartle, talk of old times and feast on treats often provided by school secretary Anne Woods.

Bartle was presented with a token of appreciation from all the staff and Principal Mr McGee quipped that “you can retire officially from Monastery NS, but you can never leave!”