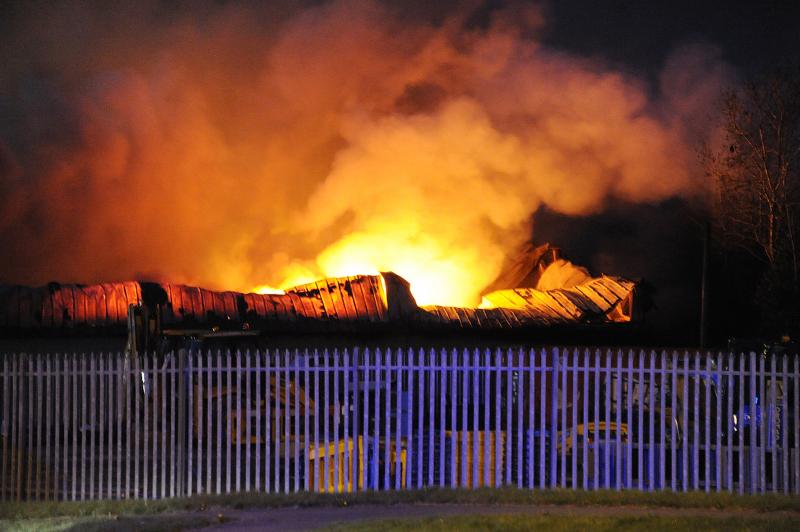 Louth Deputy Declan Breathnach has congratulated the efficiency of the Fire Service who responded very quickly to the extensive blaze at a vehicle storage compound at Haggardstown last evening.

“I attended at the scene last night and again this morning, and witnessed first-hand the response of the fire fighters in dealing with the blaze. Chief Fire Officer in Louth, Eamon Woulfe said the cause of the fire is not yet known.”

“I am aware of the fact that people in the area were discommoded because of the fumes and plume of smoke.”

“I empathise with the business who had the lease of the property, and owner Michael Hanlon who I met at the scene this morning.”

“Up to 90 vehicles have been destroyed in the fire which exacerbated the efforts to get it under control as the smoke was caused by upholstery in the vehicles, tyres, and with fuel in the tanks Mr. Woulfe said that there were regular explosions in the early stages.”

“I am glad that no-one was at the premises at the time but I hope that when the fire is completely out, that forensic examination will get to the bottom of this.”