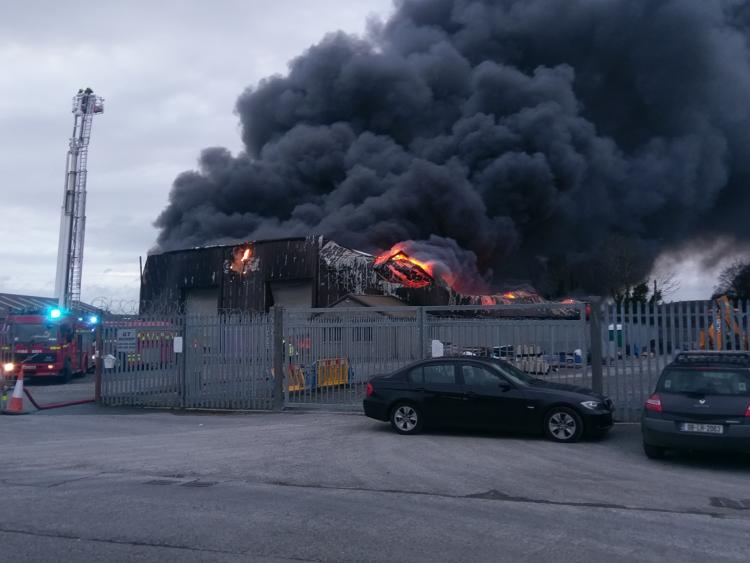 A giant blaze that engulfed a Haggardstown business this evening is currently being brought under control by Dundalk Fire Brigade.

The blaze at GT Recovery started at approximately 6pm and quickly grew, creating a giant smoke cloud that can be seen from several miles away.

Explosions were heard by local residents as far away as 1km and the plume of smoke could be smelt by pedestrians as far as way as Market Square. Gardaí are the scene told the Democrat they did not believe that anyone has been hurt in the blaze.

Due to a large number of vehicular onlookers there are long tail backs in the area.

A reporter at the scene took this video.