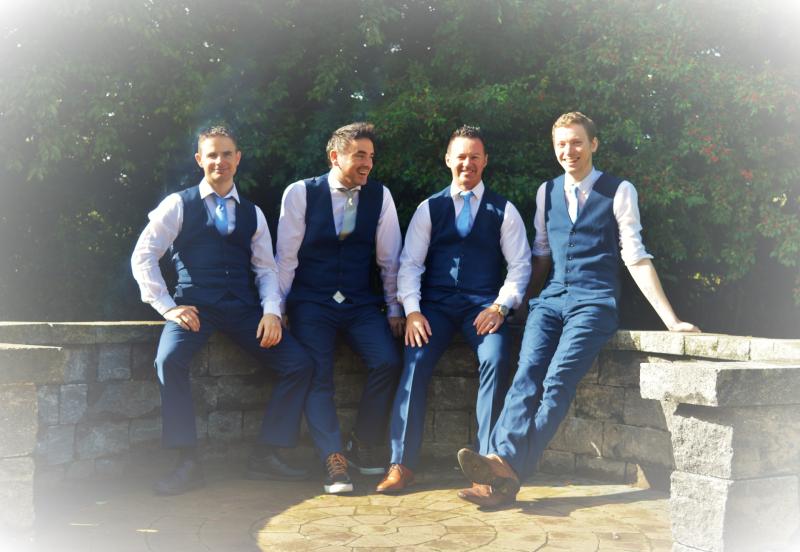 Last night's RTE ‘Don’t Tell the Bride’ Groom, Dean Watkins got it 100% when he booked Dundalk’s Vertigo as his wedding band for himself and bride, Liza Hanley from Monaghan.

While going to the wedding in a Ford Cortina and a homemade chariot to a wedding ceremony on a boat was a complete surprise to the Bride, Vertigo’s Clive McGuinness said he and his bandmates Warren Callan, Tommy Woods and Simon Byrne were thrilled that Liza was over the moon to see them at the venue – the Ballybay Wetlands Centre.

“We hadn’t met Bride or Groom at all in the run up to the big day – our contact was with the TV production team. Everything was kept a secret – we couldn’t tell anyone what we were up to, where we were performing or for what. It was so different and exciting to be involved in. ‘

When we saw Liza and Dean walk in to the venue, we all thought we recognized Liza but it wasn’t until later in the evening that she came over and said she couldn’t believe Dean had chosen us.

It turns out that Liza, only a few weekends earlier had seen Vertigo perform at a wedding showcase in the Glencarn Hotel in Monaghan.

Clive explains ‘She told us she went into the showcase with a few friends even though she wasn’t having any involvement in her wedding. We were playing and she thought It would be fantastic if by some miracle, Dean had a band like ourselves booked. Little did she realise we were booked and had been booked long before she had seen us in the Glencarn.’

Vertigo are one of the top bands in the Irish Wedding Band circuit. Starting out in Dundalk, the foursome remain in demand, particularly in Dublin but are now also once again including the North East with their wedding bookings extending through to 2018.

“We are fortunate to be one of the most in demand bands in Dublin, but we are enjoying playing back around Monaghan and Louth, and of course, in particular, Dundalk - where it all began for us.”

If you missed 'Don't Tell the Bride' take a look at Vertigo helping make Liza and Dean’s day on the RTE Player
Follow Vertigo on Facebook: Vertigo Wedding Band or on Twitter: @vertigoweddings