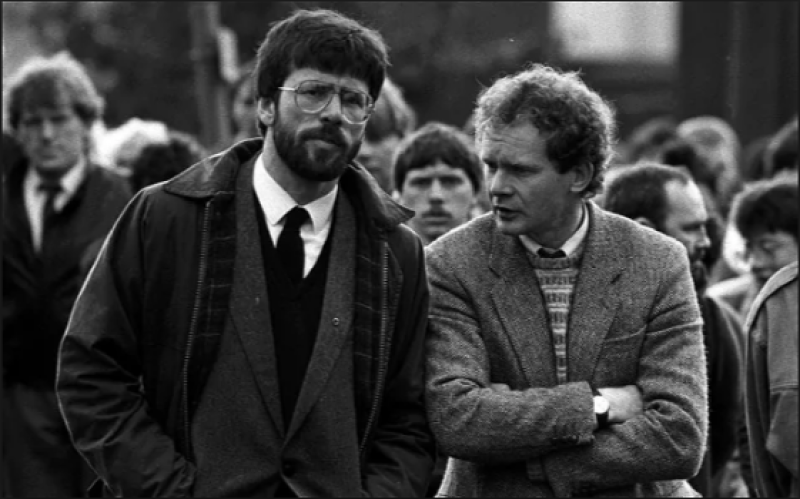 “Throughout his life, Martin showed great determination, dignity and humility and it was no different during his short illness.”

“He was a passionate republican who worked tirelessly for peace and reconciliation and for the re-unification of his country.  But above all he loved his family and the people of Derry and he was immensely proud of both.

“On behalf of republicans everywhere we extend our condolences to Bernie, Fiachra, Emmet, Fionnuala and Grainne, grandchildren and the extended McGuinness family.”

He died in hospital in Derry where he had been receiving treatment for a rare health condition.