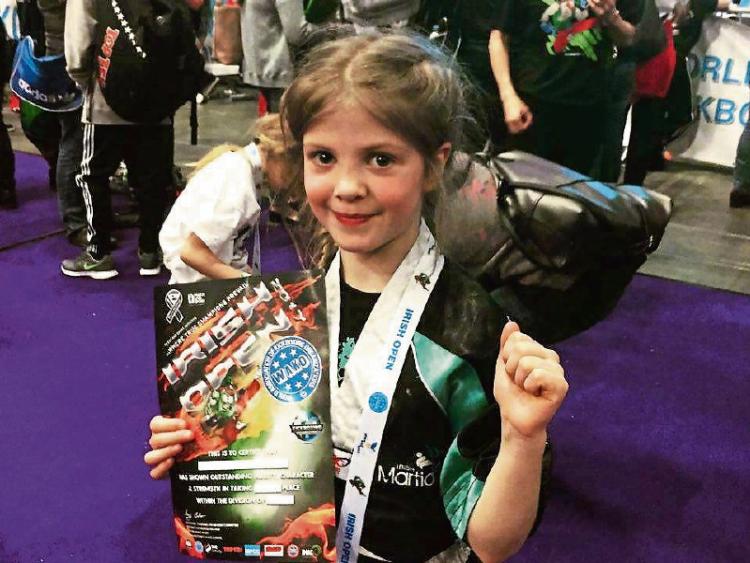 Lily Delany from Blackrock has won silver medal at the Irish Open Championships at City west at the weekend. This is the largest kickboxing tournament in the world with over 4,000 athletes from all over the world competing. She defeated her first opponent from Italy in the under 8 points fighting section with ease to secure a place in the final against a Belgian girl. It was a tight final with both girls giving their all with 2 points between the two girls. She brought home a silver medal to her club, Irish Martial Arts Academy (IMAA). 18 other students from IMAA also competed at the championships and faced European and world championships with great determination and bravery. They couldn't have done it without the support of her coaches Eamon Lawlor, Gerard White and Sinead Connolly from IMAA.